House Speaker Nancy Pelosi on Friday said she was going forward with a plan to hold an evening vote on a bipartisan infrastructure bill, as well as just a procedural vote on President Joe Biden’s $ 1.75 trillion social-spending and climate package, even as progressive Democrats opposed that approach.

Democratic lawmakers were negotiating as their leaders tried to round up sufficient support for the infrastructure measure. Multiple reports said progressives might be offered concrete commitments from moderate Democrats on the social-spending bill in exchange for their support on the legislation targeting roads and bridges.

The House of Representatives gaveled in early Friday with Democratic leaders hoping to approve both measures, but by midafternoon there had been no voting on them, with the delay due to a demand from some moderate Democrats for an estimate of the social-spending package by the nonpartisan Congressional Budget Office. The CBO isn’t expected to be able to provide a full estimate this week.

Democrats have a narrow House majority and can afford no more than three defections on legislation if there’s no Republican support for it. So top Democrats, reportedly at the behest of the Congressional Black Caucus, came up with a workaround: a vote Friday on the infrastructure bill, but only a procedural vote on the social-spending bill, known as the Build Back Better Act.

However, progressive House Democrats then said they wouldn’t vote on Friday for the infrastructure bill, which is called the Infrastructure Investment and Jobs Act. They’ve long maintained that both measures should advance together.

“A full accounting of the spending and revenue has been provided by the White House, numerous pieces of the legislation have already been scored, and the JCT has put out analysis that Build Back Better will contribute to reducing the deficit” said Rep. Pramila Jayapal, the Democrat from Washington state who chairs the Congressional Progressive Caucus, in a statement, referring to a Joint Committee on Taxation estimate.

“However, if our six colleagues still want to wait for a CBO score, we would agree to give them that time — after which point we can vote on both bills together.”

The Congressional Progressive Caucus has nearly 100 members, so the infrastructure bill easily could get voted down, even if some House Republicans supported it, as Rep. Adam Kinzinger has said he would do. (It passed the Senate on a 69-30 vote nearly three months ago.)

But Pelosi didn’t show signs of backing off her plan during a news conference in the late afternoon. “I do believe that there are a large number of members of the progressive caucus who will vote for the bill,” Pelosi told reporters. When asked if she had enough backing for the infrastructure measure, she said: “We’ll see, won’t we?”

Biden had called for action in a brief speech earlier Friday at the White House. As he hailed a stronger-than-expected October jobs report, the president urged House lawmakers to pass both the infrastructure and social-spending bills “right now,” arguing they will further boost the economy’s recovery and aid working families.

In a sign of last-minute wrangling, however, Biden said he was going back to his office to “make some calls” to lawmakers before his departure for the Colin Powell funeral service at the National Cathedral. He did not take reporters’ questions. The White House later said he was no longer planning to travel to Delaware on Friday as planned, instead staying in Washington.

The infrastructure measure would go to the president to be signed into law upon House passage, given that it already cleared the Senate. The social-spending package is likely to be changed in the Senate, where portions of it face opposition from West Virginia Democrat Joe Manchin.

“We will bring to the Floor the BIF and a rule for consideration of the Build Back Better Act,” Pelosi said in a letter to colleagues on Friday afternoon. BIF stands for Bipartisan Infrastructure Framework.

Progressive leader Jayapal dropped hints later Friday on Twitter that could be read as indicating her group’s position was malleable. It was reported she had spoken directly with Biden.

Read more: Here’s what’s in the bipartisan infrastructure bill that the House aims to pass — and how it’s paid for

Plus: Here’s what’s in and out of Democrats’ big social-spending bill — for now

Pelosi has delayed planned votes in the House on the infrastructure bill several times previously, as Democratic lawmakers have struggled to agree on their spending proposals. The California Democrat at one point pledged a vote by Sept. 27 to a group of moderate House Democrats to get their support for a procedural vote for the social-spending measure but then ended up pushing back her timeline repeatedly. 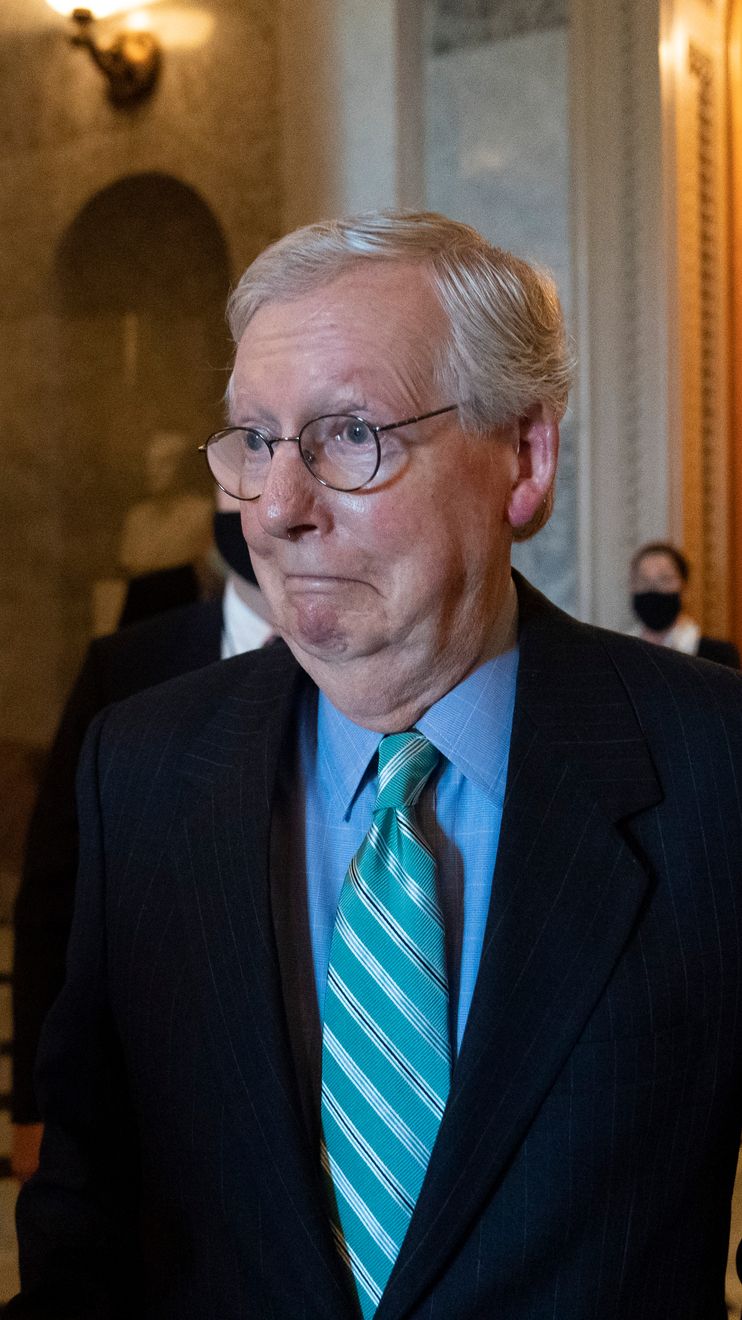 Pelosi also has grappled often with progressive House Democrats, who blocked the infrastructure bill pending changes in the Build Back Better Act, to which Democrats have now added provisions including paid leave.

When the bipartisan infrastructure bill passed on Aug. 10, Senate Minority Leader Mitch McConnell was among the 19 Republicans who joined with the chamber’s 48 Democrats and independents Angus King and Bernie Sanders to support the long-awaited measure. It has an overall price tag of about $ 1 trillion, with around $ 550 billion in new public-works spending above what already was expected in future federal investments.

Now read: These are the stocks for playing Biden’s infrastructure push, analysts say

And see: Biden wants to ‘reconnect communities’ cut off by interstates — this infamous Baltimore highway shows what’s at stake

Also: Here’s why the crypto industry is fretting over the $ 1 trillion infrastructure bill

Coronavirus Update: ‘This is a profound game changer’: Merck’s antiviral pill cuts risk of COVID-19 hospitalization and death in half, data show