The Nifty started off the day above 18,600 but failed to sustain the momentum due to selling pressure in FMCG, metals, pharma and some banking & financial stocks.

India VIX, a measure of volatility in the market, rose 1.18 percent from 17.18 to 17.38 levels. “The spike in volatility for the last two days suggests that a volatile move could be seen in the market,” said Chandan Taparia, Vice President | Analyst-Derivatives at Motilal Oswal Financial Services.

“Signs of reversal appear to be cropping up as the Nifty50 registered a bearish engulfing formation after witnessing a strong gap up opening,” said Mazhar Mohammad, Chief Strategist–Technical Research & Trading Advisory at Chartviewindia.in.

If the bulls manage to buy the current dip and push the index beyond 18,600, one should expect a higher target of 18,900 levels, he said.

For the time, however, it would be prudent for participants to avoid buying the current dip unless the market shows some signs of stability with upward strength, Mohammad said.

“Open interest concentration at 18,500-mark is giving an early sign of tug of war between the bulls and the bears. Options data suggests an immediate trading range in between 18,200 and 18,700 zone,” said Taparia.

“The Bank Nifty appears to be trading inside the well-defined 39-day old ascending channel and interestingly, at today’s high of 40,011, it tested the upper boundary of the said channel and registered a Bearish Engulfing formation,” Mohammad said.

If it slips below 39,340 in the next session, it can attract a follow-through selloff hinting at a short-term top around 40,000.

Traders should therefore remain neutral for the day on the long side, whereas positional selling can be considered on a close below 39,390 for an initial target of 38,670. 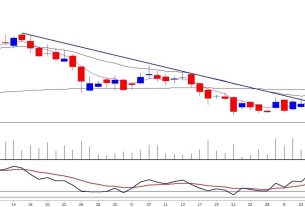 Hot Stocks | Minda Corp, Rallis, EIH can give at least 10% return in short term. Here#39;s why

Trade Spotlight | What should you do with IFB Industries, Graphite India, Affle India on Monday?