All the sectoral indices ended higher, with realty, metal and power stocks rising 2 percent each. BSE midcap and smallcap indices gained 1.5 percent each

Divis Labs | CMP: Rs 5,211.10 | The stock jumped over 7 percent after Merck’s experimental antiviral pill Molnupiravir was found to reduce the risk of hospitalisation or death by approximately 50 percent for those most at risk of contracting COVID-19. Divi’s Labs is Merck’s authorised manufacturer of Molnupiravir. Divi’s Laboratories makes the main ingredient for Merck’s experimental antiviral pill.

Reliance Industries | CMP: Rs 2,588 | The share was up over a percent after the company said it had “invested Rs 7,42,87,000 (equivalent to $ 1,000,000) in cash in 1,000,000 equity shares of $ 1 each of Reliance International Limited (RINL), a newly incorporated wholly-owned subsidiary in Abu Dhabi Global Market, United Arab Emirates”. Disclaimer: Moneycontrol is a part of the Network18 group. Network18 is controlled by Independent Media Trust, of which Reliance Industries is the sole beneficiary.

Zee Entertainment Enterprises | CMP: Rs 300.15 | The stock ended in the green on October 4. The company on October 2 moved the Bombay High Court against its biggest shareholders Invesco and OFI Global China Fund, saying their demand to call an extraordinary general meeting (EGM) should be declared illegal.

Man Infra | CMP: Rs 112 | The scrip added 2 percent after the company’s board approved bonus share and interim dividend. The board of directors approved an issue of bonus equity shares in the ratio of 1 bonus share of Rs 2 each for every two existing shares of Rs 2 each held on the record date, the company said in a release.

Adani Green | CMP: Rs 1,178.10 | The share price was up over 2 percent after the firm successfully completed the acquisition of SB Energy Holdings Ltd (SB Energy India) in an all-cash deal. With this deal, SB Energy India is now a 100% subsidiary of AGEL. 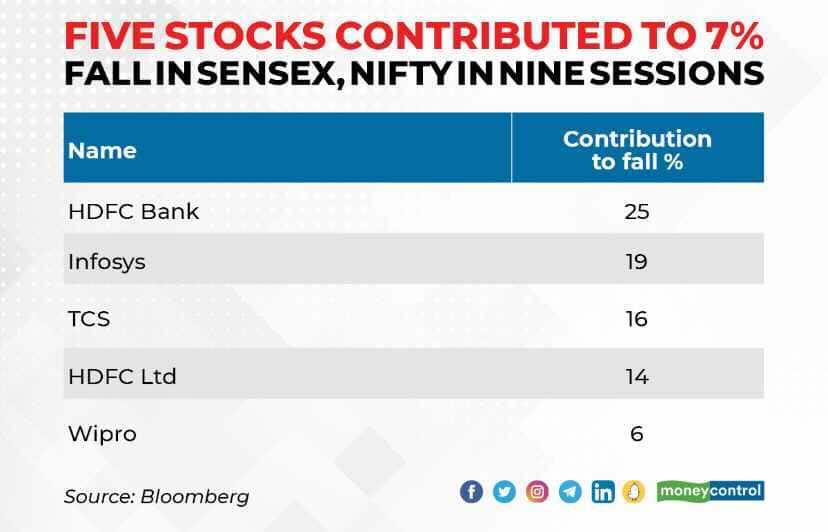