These days, Americans are going beyond the norm on a daily basis.

They feast upon plant-based Beyond Meat BYND, -2.57% products. They wear Beyond Yoga athletic clothes. They tackle home-improvement projects with Beyond Paint products. They even feed their dogs and cats Beyond brand natural pet food.

In a word, “beyond” has become a buzzword.

That can lead to trademark issues when a company name catches on — and others try something similar. A case in point: Beyond Meat had challenged the restaurant company Del Taco for trying to trademark the name “Beyond Taco.”

In recent days, Beyond Meat withdrew its opposition, though representatives from Beyond Meat didn’t respond to comment about the situation or the company’s broader view of trademark matters. A representative for Del Taco declined comment.

Berman says that implicit in “beyond” is the idea of taking things “to point Z” and pushing past boundaries. For a consumer-facing company, that’s generally seen as a positive, Berman and other branding experts say.

“ More companies are jumping on the ‘beyond’ bandwagon. ”

The name has seemingly been a boon for companies that use it. Beyond Meat has become a dominant force in plant-based foods, with its stock price more than doubling since mid-March of last year. Beyond Yoga was just acquired by Levi Strauss & Co. LEVI, -0.74%, with Levi president and chief executive Chip Bergh calling it “a brand with tremendous growth potential.”

More companies are jumping on the “beyond” bandwagon. Madecasse, a company that specializes in heirloom chocolate sourced from Madagascar and Uganda, changed its name to Beyond Good in 2020. Part of the reason was because the previous moniker, a term used to describe someone form Madagascar, wasn’t resonating with consumers, says Tim McCollum, the company’s founder and chief executive.

But another part was that Beyond Good spoke to the socially conscious company’s ambitions of making chocolate in a way that was sustainable and benefitted the people behind the product, McCollum says.

In short, “Beyond Good” just resonated. “All these companies say they are doing good, but you have to go much further,” says McCollum. 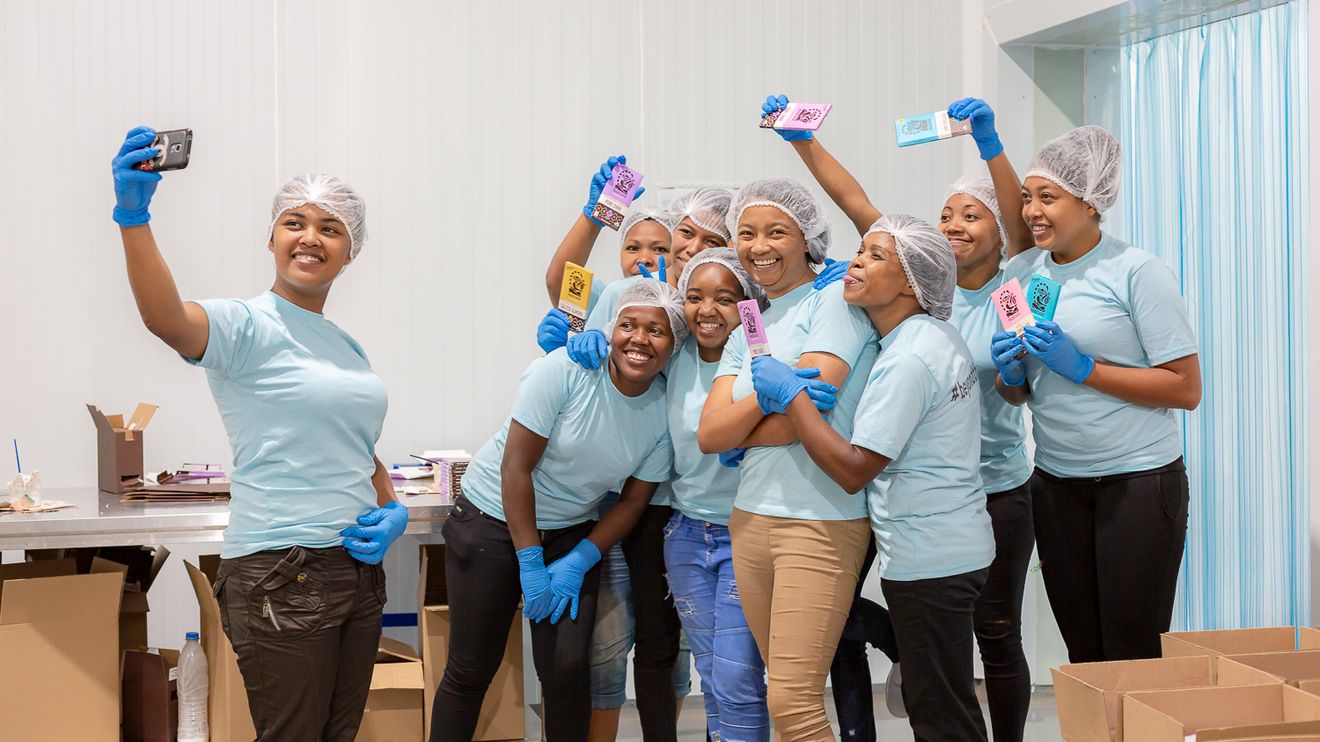 Beyond Good chocolate’s workers in Madagascar.

Of course, “beyond” has been around a long time. Think of the phrases “above and beyond,” and “beyond the pale” or that great Buzz Lightyear motto: “To infinity and beyond!” The word has also found its way into the names of movies and television shows — Google says the 2016 film “Star Trek Beyond” is the most searched of the “beyond”-titled pictures or series.

Even before Beyond Meat or other companies incorporated “beyond” into their names, there was the popular retail chain Bed Bath & Beyond BBBY, -3.90%.

Still, the current vogue for naming things “beyond” speaks to how Beyond Meat and others have recently captured the public’s attention, marketing experts say. There’s a theory that what works for one company will work for another. (Or else why would we have, say, so many fast-food chains offering spicy chicken sandwiches?)

Of course, naming trends go in and out of fashion. Marketers point to the once-hot trend for using nonsensical or semi-abstract names, from Twitter TWTR, -0.20% to GoDaddy GDDY, +0.37%, especially among digital and internet companies.

“ Some marketers say ‘beyond’ may be nearing its 15 minute of fame. ”

In that regard, some marketers say “beyond” may be nearing its 15th minute of fame and companies should consider avoiding it, especially if they want to be seen as original thinkers.

“We stay away from trending words,” says Ryan Goldstein, founder and chief executive of A.P. Keaton, a marketing agency that specializes in the alcohol and cannabis industries.

What about other companies that want to jump on the “beyond” bandwagon? Josh Gerben, an attorney who specializes in trademark issues, explains that companies can’t necessarily own a word for all potential uses.

Otherwise, he says, “you would run out of words real quickly.” For example, he notes that both Dove soap and Dove chocolate are able to co-exist without trademark issues.

Ultimately, marketers say that as much as a name may be key to a brand’s identity, the name must be backed up with a product that’s seen as worthy. In short, a product that doesn’t truly go “beyond” may not merit the moniker — and may not sell, either.

“If it’s crap, it doesn’t matter what the name is,” says Prashar, the marketing executive.

The Moneyist: My boyfriend’s brother lent me $6K to buy a house 12 years ago. It rose 128% in value. How much extra should I give him back?