The best decade for Indian equities ironically was the 1980s, and if we look back at the 1980s the Sensex compounded by around 30%-35% — that’s the best decadal return the Sensex has ever given and that predates the 1991 reforms, Saurabh Mukherjea is the Founder and Chief Investment Officer of Marcellus Investment Managers said in a D-Street Talk podcast with Moneycontrol.

Mukherjea, author of Coffee Can Investing as well as Unusual Billionaires with decades of experience in the capital market says that the real hallmark of great wealth generators is not stock not the bottom line, but a derivative of bottom line which incorporates working capital cycle and asset turns which is called free cash flow.

Edited Excerpts –Q) As we step into the second half of 2021 what are your views on markets? The Nifty50 rallied 13% in the first half, do you think the momentum will continue?

We have seen over the last seven-eight months, superb fundamentals across our PMS schemes which are seeing earnings growth. In some cases, earnings growth is pushing towards 40% mark in the companies in which we have invested.

Remember, these are not small companies, and almost all our investee companies are dominant market leaders. Earnings growth is very healthy over the last seven, eight, nine months.

In the period starting January to March this year, many of our portfolio companies have delivered 40%-50% kind of earnings growth. But, even more impressively, were the free cash flow generation come through.

So what does it mean? Well, it points to the fact that well-run companies in India Inc. are in very good health, and they’re in the pink of their health. And, as COVID destroys the informal sector, well run India Inc. companies are in a superb position to grab the market share and consolidate position which will lead to the creation of shareholder wealth in the coming years.

My reckoning is generally strong well run companies are in an outstanding position today, compared to say where they were two, three, four years ago.

Q) The year 2021 also marks 30 years of reforms for India. What is your take on that? For the market, it never looked back – do you feel that the current reform process are equally strong and will take the economy to new highs?

A) I am not sure if listeners will make that much money by agonizing about reforms because the best decade for Indian equities ironically was the 1980s.

If you look back at the 1980s the Sensex compounded by around 30%-35%. That’s the best decadal return the Sensex has ever given and that predates the 1991 reforms.

The notion that the broader bull market conditions is what you need to create wealth is also something that people need to challenge and question.

So, just 16 companies accounted for 80% of the wealth in the Indian market. The last decade for the average investor in the NIFTY or typical sort of investor who invests in an assortment of stocks would have been an unspectacular decade 10%-11% compounding.

But if you’re a discerning investor and you locked yourself into a dozen or so of these 15 giant wealth creators, you would have compounded your wealth close to 25% over the last decade.

So broader aggregates, economic reform, broader macro aggregates were not very useful for making money. One needs to go stock specific, and one needs to understand the changes in the structure of the economy and benefit from that.

Q) Well, there’s a lot of craze on tech focused startup. So are you also planning to start something around it?

A) No, as I said, we are fairly oblivious to whatever is the flavor of the day, or what is the current market sentiment. I have never quite understood why people get so excited about IPOs and the latest theme (Tech based IPO).

I’m sure, if you remember, 10 years ago, everybody wanted to invest in infrastructure stocks and you know how that ended.

I remember the turn of the century 1999-2000, I wasn’t living in India, but I used to keep reading that Indians are going berserk investing in IT services stocks, we also know how that ended.

Our job remains to consistently identify clean companies, selling essential products and services to India’s 140 crore people, and doing so through dominant franchises which have little or no competition.

Q) You have highlighted the emphasis of Free Cash Flows in one of your blogs. Help our listeners understand the relationship between Free Cash flows and earnings growth?

A) I think this is an important subject that you raised one that is close to our hearts. When most people read newspaper headlines, or they read the media coverage, they see a certain company that has grabbed so much market share, its volumes are growing much – the focus here is on the top-line growth.

In all of these sectors, we have companies whose top lines or volumes have grown at a solid rate in the last 20 years, but they have not been able to create a great deal of wealth.

Because they haven’t had the pricing power to protect their margins. So, investors should look at one level more, and scan through profit margin.

If the top-line is vanity, the bottom line is sanity. The ability to grow your profits, over a five, 10, 15 year periods is the sign of a good company.

But there’s one more layer to it. Often what happens is that as companies grow bigger, they lose their discipline in terms of controlling efficiency in the shop floor in terms of assets, inspecting their machines harder and harder.

They lose their efficiency in terms of managing the working capital cycle, which is paying your suppliers later, collecting monies from customers quickly, and keeping your inventories at a minimum.

So, if your CapEx load is low, your working capital incremental working capitals requirements are low, then your free cash flows tend to be very healthy.

Typically in India champion franchises example, Titan, Pidilite, Asian Paints, Page Industries, Relaxo all these champion franchises over the last five years, 10 years, 20 years have grown free cash flows at around 25% per annum. These are all investee companies of us, which is why I know the numbers so well.

To summarize, the top line is vanity, the bottom line is sanity, and cash flow is reality. And, that’s why I keep telling people to focus on cash flow, not the newspapers headlines and not even profitability.

A) So, what’s happening in India is very similar to what happened in America in their corresponding state of development. As the country got networked which includes sea, railways, the telegraph, a modern road network.

In India, the same is happening over the last 10-15 years and I suspect we’ve got 10-15 years more to go of networking the country using broadband, low-cost airlines, a more extensive highway network, and so on.

But, you can see very visibly how the consolidation of the country is creating one or two giant companies in every sector, and those giants are scooping up the entire sector’s profits.

If the sector is large, say banking, or IT services and the sector dominator is becoming a national leviathan, I call it a giant monster who accounts for the bulk of the country’s profits.

Now, let’s start with market cap and then we go to fundamentals. In the decade ending December 2010, around 27 companies accounted for 80% of the wealth creation in the stock market.

In the decade ending December 2020, barely 16 companies, 16 accounted for 80% of the wealth creation in the country. So as you’ve nicely put it, wealth creation has got polarized into the hands of very few companies.

Now, why has that happened? 10 years ago around 2010, the top 20 profit generators in India account was around a third of India’s profits.

Today at the end of FY21 the top 20 profit generators in India accounts for 90%, 95% of India’s profits. So the profit share of the elite top 20 firms quadrupled in the last decade.

The top 20 have pulled further and further away from the less of the market, which is why it explains why they’re driving the bulk of the stock market wealth.

And what that means for your listeners today is — if they are building portfolios, where they’re buying several PMS, several mutual funds, severally AIS doing some direct punting on the market might not be that effective.

Unfortunately, that’s not going to be a very effective way to create wealth, because wealth in India in the next decade will be created by at most a dozen and a half companies more likely a dozen or so companies.

Q) Do you plan to introduce new products in the forthcoming future? You launched a new SIP program recently, please take us through that and what are the benefits?

What we felt that just like a SIP in the mutual fund context is useful for investors, why shouldn’t we do a SIP in the PMS industry, because after all, the benefits are very similar.

Namely, if you are a salaried person like I am and your income comes in every month at a relatively regular rate, and you’re able to set aside say 10% 20% of your income, you can then keep investing in the PMS at an ongoing rate, provided of course you can need the minimum requirement of Rs 50 lakhs.

Secondly, by doing so, by consistently investing by what’s called dollar-cost averaging, you’re consistently dripping money into your SIP, you’re being able to neutralize the highs and lows of the stock market.

The third benefit you get is that you’re able to turn savings into investment. You’re able to turn investing into the stock market into a habit rather than something which you have to do after deep contemplation at the end of every financial year.

So the benefits of SIP for people who are earning regular income is great, because they don’t really suddenly come upon a certain large sum of money, they’re constantly getting fresh funds and they can put that in a PMS SIP just like they do with the mutual fund SIP.

(Tune into the podcast for more) 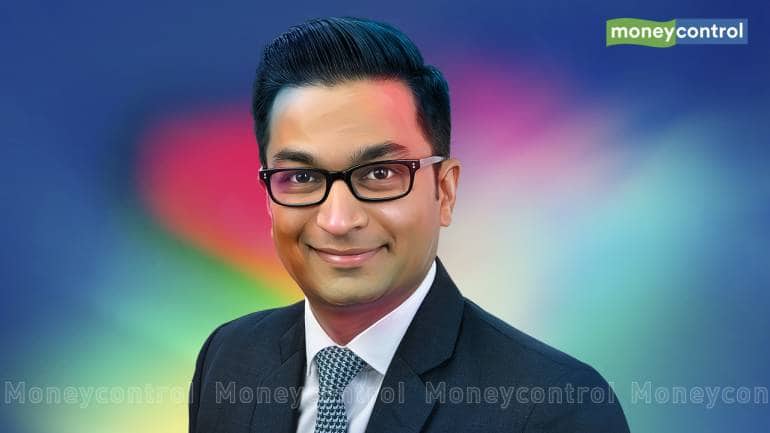 Daily Voice | Indian market trading at a premium is justified given the growth story: Nitesh Shah of Elara Securities