Barring a massive rally, Tesla Inc.’s stock chart will produce the first bearish “death cross” pattern in more than two years on Friday, which some market technicians could view as a warning of further losses.

The 50-day moving average (DMA), which many Wall Street chart watchers use as a guide to the shorter-term trend, fell to $ 630.35 in recent trading, and has been falling by an average of $ 1.13 a day over the past month.

Meanwhile, the 200-DMA, which is viewed by many as a dividing line between longer-term uptrends and downtrends, rose to $ 629.58, and has been rising by $ 1.10 a day over the past month.

The point where the 50-DMA crosses below the 200-DMA is referred by technical analysts as a “death cross,” which many believe marks the spot a shorter-term pullback evolves into a longer-term downtrend. 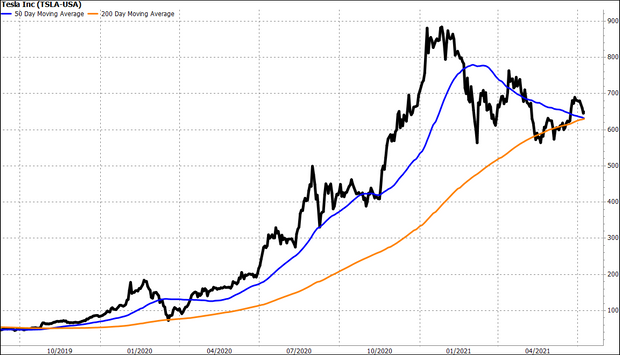 At current prices, the stock would have to soar 12.3% to close at $ 730.76 on Friday to keep the 50-DMA above the 200-DMA, according to MarketWatch calculations of FactSet data.

Death crosses aren’t usually seen as good market timing tools, given that their appearances are telegraphed far in advance. To some, they only represent an acknowledgment that a stock’s pullback has lasted long enough and/or extended far enough to consider shifting the narrative on the longer-term outlook.

And Tesla’s death cross could still warn of further losses.

The last Tesla death cross appeared on Feb. 28, 2019, about two months after it reached a multi-month closing peak, and after closing 15% below that peak. The stock tumbled another 44% before bottoming out three months later. 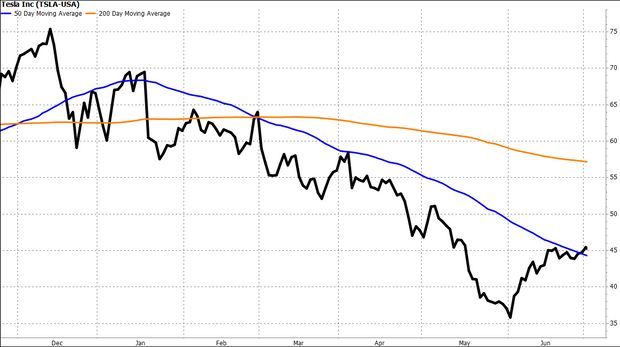 What's Worth Streaming: Here’s everything new to Netflix in September 2022 — and what’s leaving

NewsWatch: Inflation is rising and so are investors’ fears about stocks