The Nifty50 extended losses to fourth consecutive session and closed at over a three-week low on July 1, dragged by select banking & financials, IT and metal stocks.

The index formed a bearish candle on the daily charts as the closing was lower than opening levels. Experts say the index can hit 15,500 if it fails to get back above 15,700.

Traders should remain short and look for a target of 15,550 with a stop above 15,700 on a closing basis, Mazhar Mohammad, Chief Strategist –Technical Research & Trading Advisory at Chartviewindia.in told Moneycontrol.

“Bears appear to be slowly tightening their grip over the indices as the Nifty50 closed below its seven-day-old minor consolidation zone present between 15,900 and 15,700,” Mohammad said.

The inability of the bulls to push the index above 15,700 in the next session can drag down it to the consolidation breakdown target of 15,500, which coincides with the lower end of the larger consolidation band of 15,900 – 15,500, he said.

A breach of 15,500 on a closing basis can unleash a fresh leg of the downswing, setting the tone in the favour of the bears. In that scenario, a bigger correction towards 15,000 and 14,900 can’t be ruled out, he added.

If the index closes strongly above 15,700 in the next session, it may come back in the sideways territory with upsides remaining capped at 15,900, Mohammad said.

Volatility declined further to drop to an 18-month low. The India VIX, which measures expected volatility in the market, fell 1.57 percent to 12.84, the lowest level since January 3, 2020.

“Volatility is declining, which is a sign that bulls are resting and they could bring volatility to the market,” said Shrikant Chouhan, Executive Vice President, Equity Technical Research at Kotak Securities.

Traders need to be careful when adding long positions at high levels and such markets invite unpleasant events, he said.

Trade Spotlight | What should investors do with India Cements, Mindtree and Persistent Systems?

Trade Spotlight | What should you do with Finolex Cables, Polycab India, KPIT Technologies? 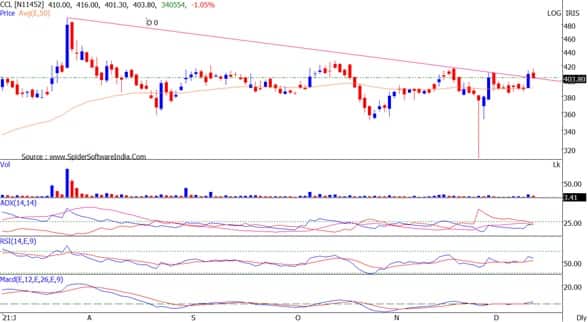 Hot Stocks | Jindal Stainless, CCL Products, LT Infotech could give up to 14% return in short term, here#39;s why