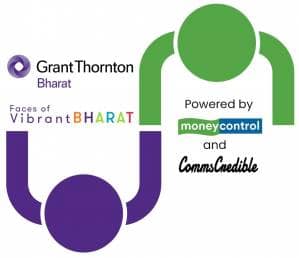 Over chai and samosas, the first Josh Talks event was hosted in a living room where a group of less than 10 people watched a video together and discussed their takeaways.

In January 2015, Supriya Paul and Shobhit Banga formally co-founded Josh Talks, a platform to showcase stories that inspire the youth to do more and be more in their lives.

On a mission to unlock human potential, Josh Talks has now evolved into an ecosystem of tools and products for the youth, particularly those belonging to Tier II and Tier III towns and cities.

“The youth in India has such untapped potential but no relatable role models to look up to or people who could share their stories to inspire us to do more with our lives,” says Paul.

The platform works for the upliftment of a largely neglected section of society by building a solid business that solves real-life problems. “Just watching how one talks can actually change someone’s life orbit completely,” adds Paul.

A Bloomberg News Analysis report states that India is likely to have the world’s largest workforce by 2027, with a billion people aged between 15 and 64 while a World Economic Forum report states that over 51 percent of youth perceive lack of professional guidance in identifying jobs that match their skills to be the primary barrier in finding a desirable job.

To resolve this problem, Josh Talks is giving rural youth access to relatable role models to an ed-tech platform to impart the right skills needed to succeed in life.

With over 1.6 million downloads, more than 1,45,000 people have already enrolled in these courses that comprise English speaking, personality development, public speaking and computer skills among others, in 10 vernacular languages. Josh Talks has impacted a community comprising over 11 million subscribers.

“Channelise your potential into areas where you and your organisation/community can collectively thrive,” advises Paul to all budding entrepreneurs.

“It is important to collaborate and connect with people, not just with the same people as you but with those who see things a little differently than you do,” she adds.

What made Paul a Face of Vibrant Bharat?

“A World Economic Forum report states that over 51 percent of youth perceive lack of professional guidance as a barrier in identifying skilled jobs. Here, the role played by Josh Talks is a commendable example of how collaborating with a diverse set of people can inspire one to be their best. Real-life experiences always help one to face challenges and be a better version of themselves,” Amit Jaiswal, Partner, Human Capital Consulting, Grant Thornton Bharat said.

“Josh Talks is an incredible story of two young people coming together to create a storytelling platform for inspiring youth in India to upskill their skills to achieve their dreams. It has quickly risen to become India’s most powerful new-age impact media platform. They have grown business while sparking a social change, which makes them stand out,” Aman Dhall, Founder, CommsCredible said. 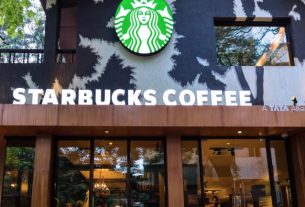 Starbucksâ€™ Howard Schultz: â€˜The soul of the company was being compromisedâ€™