Despite the high levels of volatility and nervousness around the rising COVID cases, broader indices managed to sustain themselves over the week. On April 19, we saw heavy selling which led Nifty to plummet to 14,150, while Bank Nifty declined to 30,500.

Moving ahead, further sell-off during the week led Nifty to touch the level of 14,150. Despite the sell-off, Nifty smartly retreated from 14,150 level and closed the week at 14,330 losing over 2% on a week-on-week basis. On the OI (Open Interest) front, OI unwinding was seen by around 2.8%.

Nifty has had losing streak for the 3rd consecutive week now.

Looking towards Bank Nifty, it smartly recovered from the lows of 30,450 level and this level was seen after 27 January. Bank Nifty closed at the level of 31,600 losing around 1.5% over the week. On the OI front, OI Built up was marginal 0.15%.

India VIX, fear gauge, has increased from 20.4 to 22.8 compared to last Friday. Investors and traders need to keep a watch on VIX whenever it is trading near 20. Further any uptick in India VIX can propel the Nifty momentum.

Moving further to the weekly contribution of sectors to Nifty. FMCG led the Nifty’s fall by 70 points, followed by IT (-55 points). Whereas marginal support came from metals space over the week.

Looking towards the top gainer & loser stocks of the week in the F&O segment, ICICI Prudential topped by gaining around 13.2%, followed by Cadila Healthcare (9.2%), PVR (7%). Whereas Coforge lost 10% followed by UltraTech Cement 9% and Shree Cement -8.7%.

Conclusion: Considering the mix of shorts and short covering in Nifty, along with rise in VIX, it is prudent to seek market with low-risk strategy like Modified Put Butterfly. 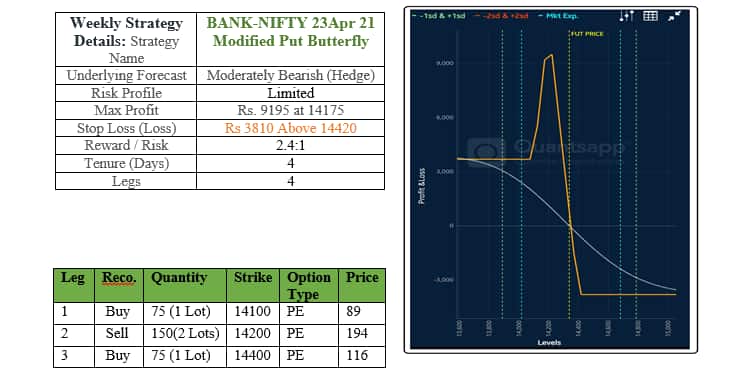 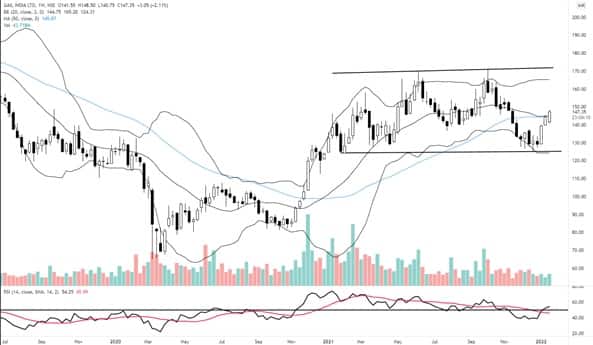