Jay Thakkar, VP and Head of Equity Research, Marwadi Shares and Finance believes that in the given scenario of rising COVID cases there is a possibility of some consolidation but a complete meltdown like last March 2020 is not expected.

Thakkar, has nearly 10 years of experience in capital markets under his belt, said will be lots of opportunities specific to stocks.

He said that the correction seen in the market right now should be used as a buying opportunity. Edited Excerpts:

Q) The second wave of COVID has gripped India fast and has forced many states into a semi-lockdown like scenario. Do you think the market could consolidate further?

A) We have seen the second wave of COVID in the western countries well before it hit India and it has been observed that the correction was short-lived.

Once the number of fresh cases dropped, the markets recovered and made a new high. In the US, the highest daily count had touched 300k and still it managed to recover and its indices have made a lifetime high.

In India, if the COVID situation is handled properly, then 14,000-13,900 will act as a crucial support and the Nifty will not break.

The bounce back from support levels could take the index towards 14,700-14,900 levels in the short to medium term, however, if it breaks then it will sharply correct till 13,600 levels.

Q) After Goldman Sachs and Nomura, economists warn of more cuts in FY22 GDP forecasts. If the economy fails to grow in a manner which is discounted by the market, it will also hurt earnings of India Inc…

A) Yes, if the earnings disappoint then definitely the correction will be steeper. The market did not expect the second wave to be as harmful as that in developed nations hence we saw some correction.

The earnings definitely took some hit in the short-run due to lockdown measures adopted by different state governments as well as unavailability of skilled and unskilled labour.

The capacity utilisation also dropped in many industries. Hence, the IIP numbers could see a drop thus affecting the GDP in the short run. It also hurts the balance of trade and causes fiscal imbalance.

Definitely, the short-term impact is negative, however, the positive steps adopted by the government like that of mass vaccination and increase in production by the pharma companies and providing some import subsidy on import of few drugs/vaccines will certainly help to develop the herd immunity in next couple of months and post that the recovery will be much faster, hence the dip/correction should be bought into.

Q) Which sectors will be back in focus amid lockdown like scenario?

A) Pharma is in a clear uptrend and it is likely to perform going forward as well. BFSI may see some short-covering as it has corrected quite a lot and since there is a remote chance of a complete lockdown nationwide this sector would not be impacted much.

It has corrected quite a lot so it can see some short covering. The IT index is likely to correct by 5-7% from here on whereas auto is likely to see some bounce back.

The metal sector has been the star performer so far in the April series, however, most of it is priced in and it too can see some consolidation.

Q) Which sectors will get impacted the most from the second COVID wave?

A) Aviation, hotel, travel & tourism and real estate are the sectors that have been hit hard and will further be affected or remain under pressure until there is no recovery from COVID.

Uncertainty will continue for this space due to the travel bans that are imposed by various states within the country and international countries or more stringent measures that are been adopted to break the chain.

And this is negatively impacting the hotel/hospitality sector also. The real estate sector did see some traction until December 2020 or the start of 2021 due to a reduction in stamp duties by various state governments.

However, the level of inventory that is lying against the sales is quite high, hence the operating cost is too high and the price bargain is not in favour of the developers.

Due to work from home culture being adopted by many companies, the demand for commercial real estate has been affected negatively as well.

Q) Do you think the volatility caused by the second wave of COVID has given the opportunity to get into stocks for a long term?

A) Yes, this correction should be used as a buying opportunity as the measures taken by the government a few months ago in the Budget are phenomenal.

The Budget was an expansionary one and if all falls in place as announced in the Budget then it will definitely help the economy to revive.

The Index has seen its worst correction last year post-2008 and a similar kind of correction is not expected again.

There is a possibility of some consolidation but a complete meltdown like last March 2020 is not expected, hence there will be lots of opportunities in the sector and stocks specifically.

Q) What is your call on the rupee? What is the range you see for the currency in the near future?

A) The Dollar Index (DXY) has started to fall again and it seems to have completed its short to medium term bounce back. With the recent reversal in DXY, it appears that the overall trend is still negative and it is expected to fall until $ 87-$ 85 in the medium term which means it will be positive for the rupee on the upside.

Q) Should you buy into the recently-listed stocks whose listing could have been affected by the recent sell-off such as Nazara, Suryoday, Kalyan, Easy Trip, Heranba Industries, IRFC etc. among others.

A) Those companies which have less competitors in the listed place can be looked into as they have a competitive advantage, however, the financials and business model should also support the same and if the growth outlook is visible then definitely they should be bought else should be avoided. 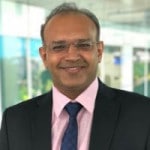 After The Bell: Sensex back above 48,000, what should investors do on Tuesday?