The busiest week of earnings season is about to kick off, with Tesla and Big Tech companies expected to dominate the headlines.

The six largest companies in the S&P 500 index SPX, +1.09% will report earnings in the week ahead, as about a third of the index reveals first-quarter numbers. Strong performances by the tech giants helped offset weaker performance by many other sectors earlier in the COVID-19 pandemic, and investors will get a sense of whether that momentum can continue as the world begins to reopen.

One of the S&P 500’s newest members, Tesla Inc. TSLA, +1.35%, leads off the week Monday afternoon. The company already reported first-quarter deliveries that vastly exceeded expectations, so investors will be looking for clues on Tesla’s earnings call about how the rest of the year could pan out. The consensus forecast currently calls for about 800,000 deliveries over the course of 2021.

Microsoft’s Azure cloud business “may modestly decelerate” in March-quarter results, Cowen & Co.’s J. Derrick Wood wrote in a note to clients, but he expects an acceleration in overall growth driven by improving demand for products like the Office suite amid the economic recovery as well as strong personal-computer shipments that could help the Windows business.

Alphabet seems to be showing “sustained strength in the cloud,” wrote Jefferies analyst Brent Thill, who expects that part of the business to benefit from “pent-up demand” as the year goes on. He also anticipates an acceleration in ad momentum.

Another take on the ad landscape will come from Facebook Inc. FB, +1.55% on Wednesday afternoon, following Snap Inc.’s SNAP, +7.45% report that showed healthy advertising spending. The biggest growth drivers for Facebook could be increasing revenue from Instagram Stories and growth in impressions on the core Facebook and Instagram mobile feeds, wrote Cowen’s John Blackledge.

Apple Inc. AAPL, +1.80% was a strong pandemic beneficiary as its iPad and Mac categories saw robust growth from the remote-work boom, and Morgan Stanley’s Katy Huberty argues that the strength in those categories may have actually accelerated into the March quarter. Her forecasts call for 53% growth in the Mac business and 52% growth in the iPad business when Apple posts results Wednesday afternoon.

Earnings preview: Apple’s business is roaring, and investors are about to find out how much of that cash is coming their way

Rounding out the week on Thursday afternoon is Amazon.com Inc. AMZN, +0.96% It was another big pandemic winner amid a boom in online shopping, and there’s admittedly “no easy catalyst in sight” for Amazon nowadays, wrote Bernstein analyst Mark Shmulik. Still, he points to “positive business momentum and attractive secular growth everywhere we look.”

Thinking about the first quarter, he expects the company to benefit from continued strength in e-commerce and the arrival of stimulus checks. Shmulik ultimately expects an “acceleration in workload migration” for Amazon’s cloud business as workers return to office life, but he admits that may take a few quarters to pan out.

Tesla and the tech titans are among 177 members of the S&P 500 that are set to report in the week ahead. The slate also includes 10 Dow Jones Industrial Average DJIA, +0.67% components, a third of the blue-chip index’s components.

Corporate earnings have generally exceeded estimates thus far, with a 73% beat rate for the S&P 500, according to JPMorgan analyst Mislav Matejka. Roughly a quarter of the index has already delivered results, and analysts surveyed by FactSet expect that profits rose in aggregate by 33.7% for the first quarter. That’s up from the 15.7% that was expected as of the end of December.

Here are some of the other highlights in the week ahead.

Big week for the Dow

Among the 10 Dow components on the docket are Boeing Co. BA, +1.73% and Chevron Corp. CVX, +0.59%, two companies looking to rebound from dismal recent earnings performances.

Analysts tracked by FactSet expect that Chevron’s earnings fell 31% in the March quarter, though that decline is not as steep as what Chevron posted in the previous few quarters. Mizuho analyst Daniel Boyd anticipates that the latest period was a “challenging” quarter for Chevron as winter storms “negatively impacted Permian production, chemicals, and the Pasadena refinery in the Gulf Coast.” The company reports Friday morning.

While the five largest tech companies report this week, there are plenty of other tech stalwarts lined up to report.

Advanced Micro Devices Inc. AMD, +4.68% is set to post results Tuesday afternoon after rival Intel Corp. INTC, -5.32% delivered declining data-center sales that some analysts attributed to competition from AMD. Even before Intel’s earnings, Cowen’s Matthew Ramsay wrote that “AMD’s earnings (and product roadmaps) have become much less volatile compared to Intel’s, and we expect more of the same this quarter.”

Some elements of Snap’s recent report bode well for Pinterest, according to Wedbush analyst Ygal Arounian, who cited strength in categories like retail, e-commerce and packaged goods that are important categories for Pinterest as well. While the reopening seems to be helping Snap’s user-engagement trends, it might hurt Pinterest’s, he cautioned.

One trend to watch for with McDonald’s is early demand for the company’s new chicken sandwiches, which rolled out in February. Third-party data indicate that the company “saw a widening gap versus [quick-service] peers starting in late February and continuing through March as a result primarily, in our view, of its new much-anticipated Crispy Chicken sandwich,” wrote Jefferies analyst Andy Barish, who said that stimulus checks also may have given the company a boost.

For PayPal, investors will be looking for updates on the company’s efforts to introduce cryptocurrency into its ecosystem. PayPal began allowing U.S. users to buy, sell, and hold bitcoin and other cryptocurrencies in their PayPal wallets late last year, something it said was driving heightened engagement with its app. More recently, the company started allowing customers to make online purchases using those crypto holdings, and management may share more about early trends there.

Living With Climate Change: 3 ways to shrink your carbon footprint the next time you’re grocery shopping

MarketWatch First Take: The AMD that investors bet on is finally here 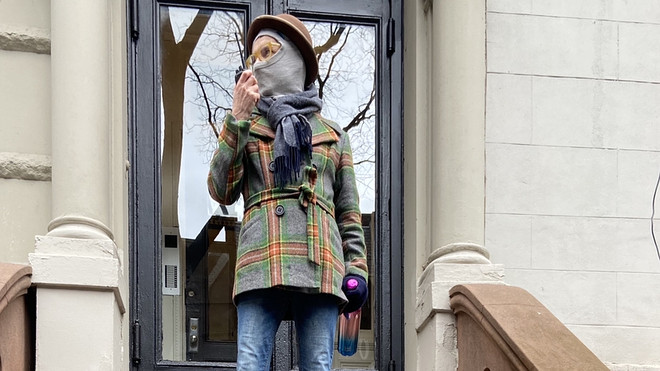 The Moneyist: COVID brought us a year of epic uncertainty — but here’s what I know for sure