Sharp and sudden down fall in Indian equity in the first session of the week has given panic to the market participants leading Benchmark Index Nifty to fall 3% and Bank Nifty 5.3% in signal session. Although Pull-Back that we saw in the followed days has provided Nifty and Bank Nifty some sort of relaxation and helped to erase the big loss suffered.

Nifty this week had the range from 14280 to 14730, losing around 2% as compared from last Friday. Nifty combined Fut. Open Interest (OI) Built up was nearly 6% attributed to Short. Whereas Bank Nifty gyrated from 30600 to 32450 and ending the week by losing 2% compared to last Friday. Bank Nifty combined Fut. OI (open interest) Built up is nearly 5.5% attributed to Short.

Further diving into the Nifty upcoming weekly option expiry data. Put writers are move active compared to call writers actively adding position till 13000 strike. Immediate support is placed at 14500 and Vital support stands at 14000. Whereas immediate resistance is placed at 15000 followed by 15500.

Looking at the Bank Nifty upcoming weekly expiry data. Writers are fairly distribution across both sides however Call writers has extended position till 39000 strikes. Bank Nifty vital resistance and support stands at 33000 & 31000, respectively.

India VIX, fear gauge, has spiked over 16% from 19.8 to 23.3 on the first day of the week. However, cool off in the IV from its high level has given relaxation to market.

In the past it has observed that India VIX get big swings at the level of 19.8-20. Same what we saw this as well last week, keep a watch on VIX whenever VIX is trading near to 20. Overall, India VIX has increased from 19.8 to 20.5 over week-on-week basis.

Moving further to the weekly contribution of sectors to Nifty. IT led the Nifty 2% fall by 120 points, followed by OIL (-40 points). Whereas Pharma & NBFC are the only sector that has provided support to Nifty over the week, Pharma by 30 points & NBFC 10 points.

Looking towards the top gainer & loser stocks of the week in the FnO segment, Pfizer topped by gaining around 8.6%, followed by Glenmark (7.4%), Cipla (6%). Whereas Indiabulls Housing Finance lost 14.5% followed by RBL Bank & M&M Financial (-11% each).

Conclusion: Considering the up move from lows and cool off in India VIX from high level, for further up move Modified Call Butterfly can deployed in Bank Nifty. 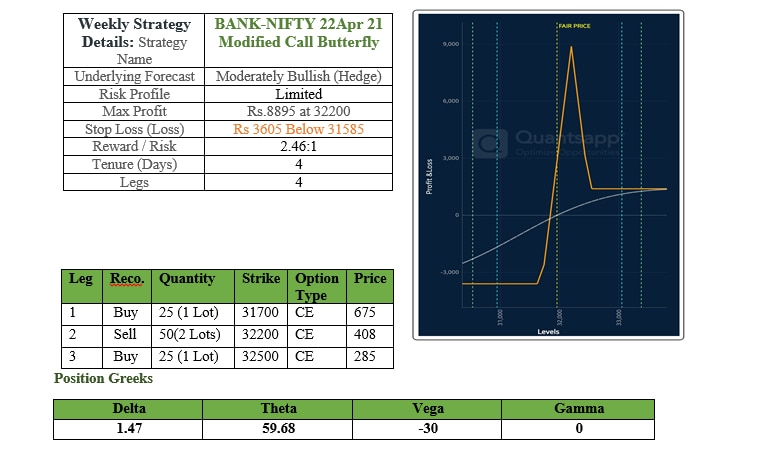 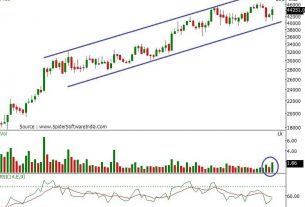 Trade Spotlight | What should you do with IndiaMART InterMESH, Whirlpool, Page Industries on Monday?