Nifty50 remained rangebound throughout the session after opening marginally higher on April 16. It finally closed with moderate gains to form a Doji pattern on the daily charts. The positive global cues supported the market but rising COVID-19 infections limited upside.

The index also formed a Doji pattern on the weekly scale after falling 1.5 percent for the week. Experts feel the index needs to cross 14,700 mark for a strong uptrend in coming sessions.

Mazhar Mohammad of Chartviewindia advised traders to remain neutral on the long side, whereas, weakness below 14,559 should be used by intraday traders to go short for a modest target of 14,470.

“Nifty50 faced resistance as it entered into the bearish gap zone (registered on April 12) present between 14,652 – 14,785 levels before signing off the session with a Doji kind of indecisive formation. Interestingly, even weekly charts depicted a Doji and appear to be finding support around 62 percent retracement level of its last leg of rally from the lows of 13,596 – 15,431 levels,” said Mazhar Mohammad, Chief Strategist – Technical Research & Trading Advisory at Chartviewindia told Moneycontrol.

Moreover, “today’s sell-off occurred from an intraday high of 14,697 after retracing 62 percent of its last leg of fall from the highs of 14,984 – 14,248 levels. This clearly suggests that the market is still caught up in a sideways phase and in need of a breakout above 14,700 to develop fresh impetus,” he added.

“Meanwhile, as long as Nifty fails to sustain above the said bearish gap zone, the threat of revisiting recent lows of 14,250 remains higher. In this regard, a close below 14,300 can confirm the bearishness,” Mazhar said.

According to him, for the next trading session, intraday weakness can be expected if Nifty trades below 14,559 levels whereas strength should resume on a close above 14,700.

The above option data indicated that Nifty50 could see a wider trading range of 14,250-14,850 levels for coming sessions.

Bank Nifty opened positive at 32,161.45 and headed over 32,300 levels but failed to hold its gains and remained under pressure with a hurdle of 32,250 levels. The banking index failed to outperform the Nifty index and again started to show nervousness in the absence of follow up buying interest.

“The index fell 135.30 points to close at 31,977.50 and formed a bearish candle on the daily scale. However, a Bullish Hammer on the weekly scale indicates a tug of war between bulls and bears to find a short term bottom,” said Chandan Taparia, Vice President | Analyst-Derivatives at Motilal Oswal Financial Services. The index lost 1.5 percent for the week.

Trade Spotlight | What should you do with Zee Entertainment, LIC Housing Finance, Hero MotoCorp and Manappuram Finance?

Trade Spotlight | What should you do with ABB India, Tech Mahindra, Dixon Technologies on Friday? 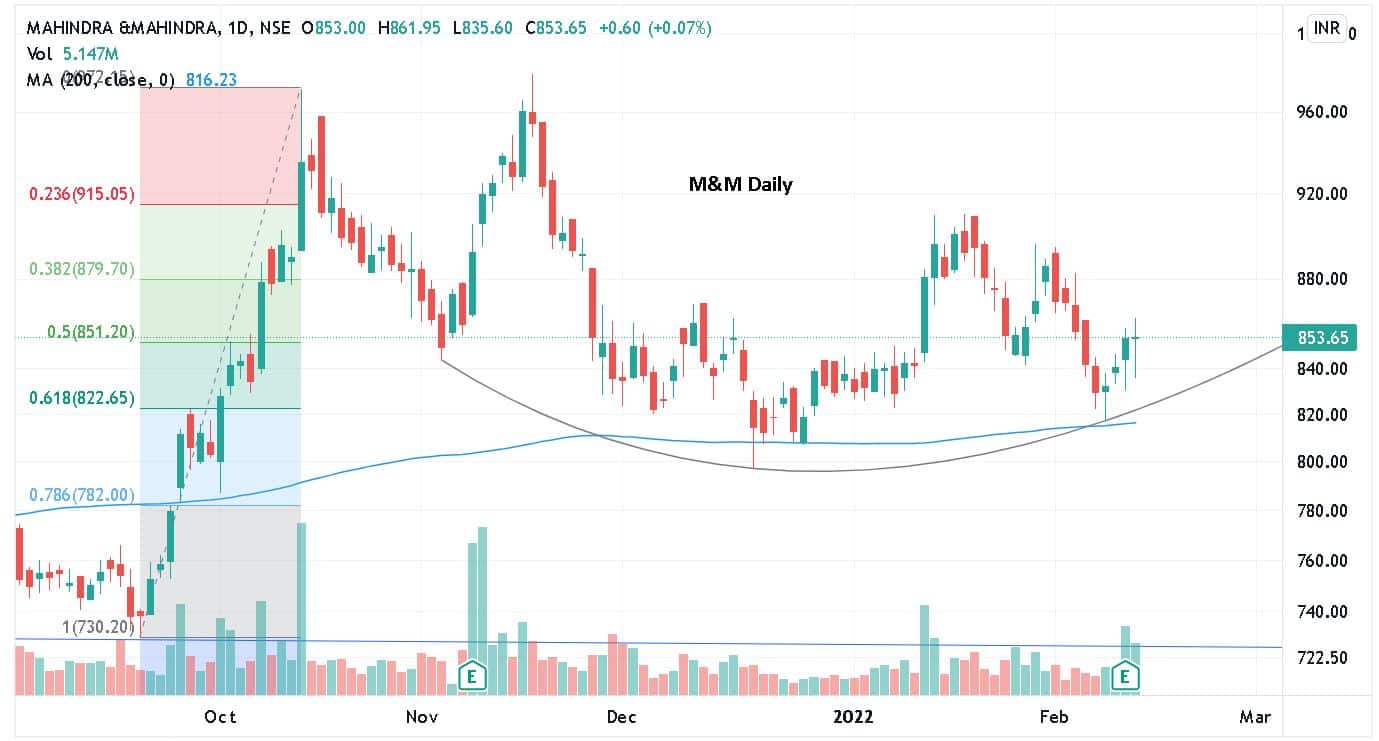 Hot Stocks | Here#39;s why you should bet on BSE, Mahindra Mahindra for short term