The S&P 500 and Dow closed slightly higher on Wednesday, as the Fed’s commentary reinforced investor expectations that the central bank plans to maintain its policy support despite massive fiscal spending from the recent government stimulus package.

“Investors remain intensely focused on interest rates,” said Jeff Buchbinder, equity strategist at LPL Financial in Boston. “We in the market didn’t expect any signals of a change in policy and that’s what we got.”

U.S. Federal Reserve officials expressed caution about ongoing risks of the pandemic and reaffirmed their commitment to bolstering the economy given “that the path ahead remained highly uncertain,” the minutes from the March 16-17 meeting said.

The yield on the benchmark 10-year U.S. Treasury note moved higher late in the session, yet remained below a 14-month high of 1.776% hit on March 30. The recent pullback in yields has helped growth names and lifted technology and communication services stocks as the best performing sectors on the day.

“The 10-year yield didn’t move much today and the rate seems to be settling in to a little bit lower range that really coincides with the better performance for the growth stocks, particularly tech,” Buchbinder said.

“We’ve already seen long-term 10-year rates jump up and with the Fed telling us they are not going to move so interest rates could stay at the lows that they are until maybe 2022 when they step in,” said Jeff Carbone, managing partner at Cornerstone Wealth Group in Charlotte.

The U.S. dollar advanced against a basket of world currencies after oscillating for much of the session, rising in the wake of the Fed minutes release.

Gold prices dipped as economic optimism drew investors away from the safe-haven metal in favor of riskier assets.

Crude oil prices rose on an improving global economic outlook, but were held in check by rising gasoline inventories.

Asia shares inch up as US stimulus hopes boost sentiment 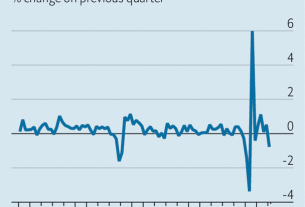