(Bloomberg) — The company behind the world’s largest cryptocurrency trust intends to flip it into an exchange-traded fund as soon as U.S. regulators allow.Grayscale Investments LLC is “100% committed” to converting the $ 39 billion Grayscale Bitcoin Trust (ticker GBTC) into an ETF, the company said in a blog post Monday. While the Securities and Exchange Commission has yet to approve the structure, several issuers have filed applications in recent weeks after North America’s first Bitcoin ETFs began trading in Canada in February.The blog post was meant to remind current and potential future investors that the plan all along has been to convert GBTC into an ETF as chatter around potential SEC approval heats up, Chief Executive Officer Michael Sonnenshein said in a phone interview Monday. The firm first filed for Bitcoin ETF in 2016, but ultimately withdrew that application due to the regulator’s stance.“This has been the plan from Day 1 when we launched in 2013,” Sonnenshein said. “We’ve long felt and believed this product would ultimately be in the public market and structured it this way so that it would be able to be an ETF.”With its current level of assets, GBTC would rank among the 30 largest U.S. ETFs and as the second-largest commodity ETF behind State Street’s SPDR Gold Shares fund (ticker GLD), which has about $ 57 billion. The trust has seen mammoth inflows over the past year as Bitcoin soared, lifting assets from just $ 2 billion a year ago.Conversion to an ETF would help repair GBTC’s near-record discount to its underlying holdings, which has deepened in recent weeks as Bitcoin’s rally has cooled. Specialized traders known as authorized participants are able to create and redeem shares of an ETF to keep its price in line with its net asset value, but that process doesn’t exist for trusts like GBTC.“Stating their intention to convert puts a floor on the depth in discount because at some level — market participants are going to be willing to buy a product that is bound to be trading at NAV when the SEC approves a Bitcoin ETF,” said Bloomberg Intelligence analyst James Seyffart. “The only unknown factor at this point is the time before that happens.”For more articles like this, please visit us at bloomberg.comSubscribe now to stay ahead with the most trusted business news source.©2021 Bloomberg L.P.

European Equities: Member State Inflation Figures for May in Focus 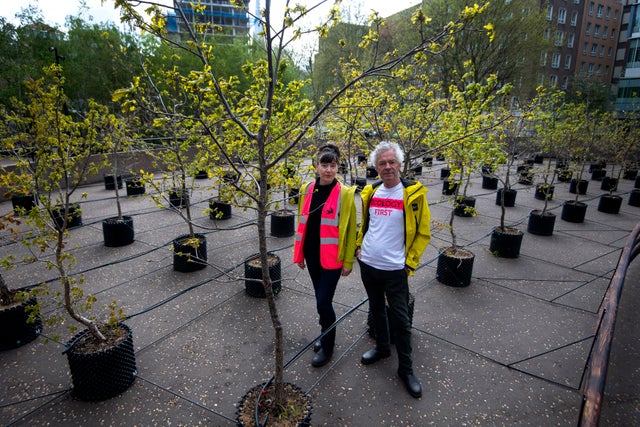