The US economy created the most jobs in seven months in March as more Americans got vaccinated and the government doled out additional pandemic relief money, marking the start of what could be the strongest economic performance this year in nearly four decades.

The Labor Department’s closely watched employment report on Friday also showed job gains in February were larger than initially estimated. The best first two months of employment growth of any administration in history suggested the labor market has finally turned the corner.

All industries added jobs and many people rejoined the labor force. A measure of the economy’s ability to create employment also improved. But the road to full recovery remains long. The jobs deficit is still huge and more than four million Americans have been unemployed for over six months.

“The first two months of our administration has seen more new jobs created than the first two months of any administration in history,” Biden told reporters. “It’s a reflection of two things going on here, a new economic strategy focused on building from the bottom to the middle up, and one that puts government on the side of working people.”Nonfarm payrolls surged by 916,000 jobs last month, the biggest gain since last August. Data for February was revised higher to show 468,000 jobs created instead of the previously reported 379,000. Still, employment remains 8.4 million jobs below its peak in February 2020.

Economists polled by Reuters had forecast payrolls increasing by 647,000 jobs in March. At the current pace, many believe the more than 22 million jobs lost during the pandemic could be recouped by the end of next year.

The economy added 1.6 million jobs in the first quarter.

The strong gains could play into fears of the economy over heating, even as ample slack remains. The Federal Reserve has signaled it would maintain its ultra easy monetary policy stance for a while to allow complete healing.

“The economy is booming,” said Chris Low, chief economist at FHN Financial in New York. “If vaccines result in low enough COVID numbers to allow significant further service-sector reopening, the Fed will have to start discussing a taper, and update its guidance, before the end of this year.”

Job growth last month was led by the leisure and hospitality sector, where employers hired 280,000 workers. Restaurants and bars accounted for nearly two-thirds of the industry’s employment gains. Construction employment rebounded by 110,000 after being depressed by harsh weather in February.

education payrolls also rose as more schools resumed in-person learning and other school-related activities. Retailers also added jobs, while mining employment increased by the most since 1981.

As of Friday morning, the United States had administered 157.6 million doses of COVID-19 vaccines in the country and distributed 204.7 million doses, according to the US Centers for Disease Control and Prevention. On Friday, the CDC said fully vaccinated people could safely travel at “low risk,” which could help accelerate the services industry recovery.

Economists expect job growth will average about 700,000 per month in the second and third quarters. That, combined with the fiscal stimulus and about $ 19 trillion in excess savings accumulated by households during the pandemic, is expected to unleash a powerful wave of pent-up demand.

First-quarter gross domestic product estimates are as high as an annualized rate of 10.0%. Growth this year could top 7%, which would be the fastest since 1984. The economy contracted 3.5% in 2020, the worst performance in 74 years.

The dollar rose versus a basket of currencies. US Treasury prices were mixed. Wall Street is closed for Good Friday.

First-quarter growth prospects got a boost from workers putting in longer hours in March as temperatures rose. The average workweek rose to 34.9 hours from 34.6 hours. That, together with robust hiring lifted aggregate hours 1.5%.

“The powerful tailwind of the reopening of economic activity appears to be gathering force,” said Michael Feroli, chief US economist at JPMorgan in New York.

Even so, a broader measure of unemployment, which includes people who want to work but have given up searching and those working part-time because they cannot find full-time employment, dropped to a one-year low of 10.7% after holding at 11.1% for two straight months.

About 347,000 people, mostly women, re-entered the labor force in March. The labor force participation rate, or the proportion of working-age Americans who have a job or are looking for one, rose to 61.5% from 61.4% in February.

The employment-to-population ratio, viewed as a measure of an economy’s ability to create employment, increased to 57.8% from 57.6% in the prior month. But about 4.218 million people have been out of work for more than 27 weeks, accounting for 43.4% of the 9.7 million people classified as unemployed last month. That was up from 41.5% in February. 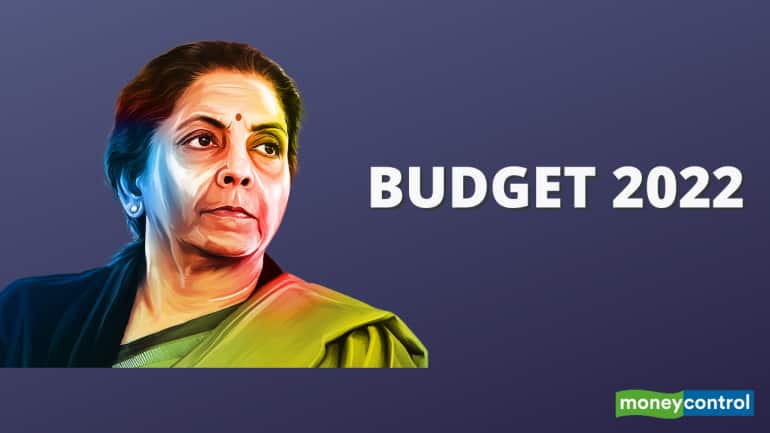 Can the Budget take the market out of its current nervousness?

HDFC Life aims to more than double its embedded value to Rs 60,000 crore by FY27