“Weak cues from across the globe forced the domestic market to shed yesterday’s optimism. US markets had a weak close after the US bond yield reached near 14-month high level, while European and Asian markets followed the trend. Private banks were the sectorial laggards due to selling seen in heavyweights. However, midcap and smallcap stocks remained in positive territory,” said Vinod Nair, Head of Research at Geojit Financial Services.

Among sectors, IT, bank, energy and infra sectors fell 0.4-1.7 percent, while the PSU bank index added over a percent. BSE Midcap and Smallcap indices ended in the green.

The weak performance of the day notwithstanding, FY21 was the best fiscal year ever in absolute terms with the Sensex rising 20,040.66 points and Nifty adding 6,092.95 points.

In percentage terms, it was the best in the last 11 years. All the sectoral indices gave positive returns this fiscal. 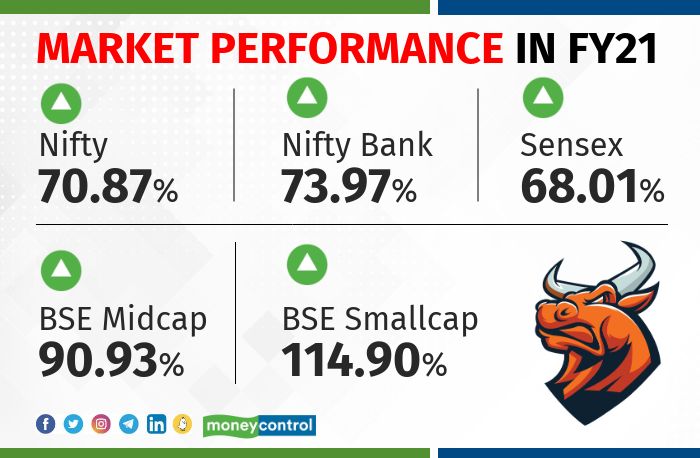 On the sectoral front, BSE bank and power indices shed a percent each, while realty and FMCG indices added 1 percent each during the day.

Among individual stocks, a volume spike of more than 100 percent was seen in HPCL, Balkrishna Industries and IDFC First Bank. 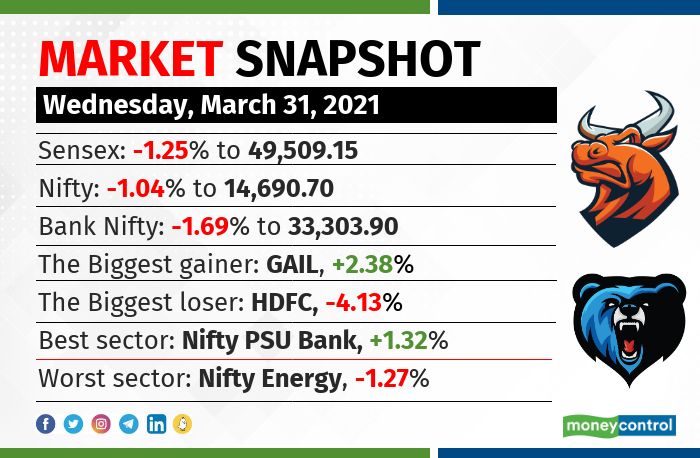 The Nifty formed a bearish belt hold candle and also formed an inside bar as it traded inside the trading range of the last session.