At the same time, the S&P 500 financials, industrials and consumer discretionary sectors rose, extending the recent rotation out of growth and into so-called value names.

Tech shares trimmed losses in afternoon trading with Treasury yields off the day’s high, but the S&P technology sector ended down 1% on the day and was the biggest drag on the S&P 500. The Nasdaq was on track for its first monthly loss since November following the recent rise in yields.

Tech stocks, which have a low-rate environment heavily baked into their pricey valuations, have been among the hardest hit by the rise in yields.

“It’s somewhat of a leadership-less market,” said Tim Ghriskey, chief investment strategist at Inverness Counsel in New York. “Investors’ preferences are flipping around here almost on a daily basis, primarily between tech plus and cyclicals.

“Cyclicals have certainly had the upper hand here for a while, trading off the reopening of the economy. Tech plus holds in there because it’s really the promise of the future – it should provide investors with steady growth.”

The 10-year U.S. Treasury yield rose to 1.776% in early London trade, its highest since Jan. 22. But the yield reversed and was lower in late New York trading as traders prepared for quarter-end.

President Joe Biden on Wednesday will unveil more details about the first stage of his infrastructure plan, which could be worth as much as $ 4 trillion.

A leading value index was up 0.1% while a growth index shed 0.6% in a continuation of a trend since late last year.

“For the next day or two, (value stocks) will probably be leaders because we have quarter-end and institutions want to make sure that they have exposure to the names that performed well,” said Robert Pavlik, senior portfolio manager at Dakota Wealth in New York.

Bets on a swift economic rebound backed by vaccine rollouts and unprecedented stimulus have helped the S&P 500 and the Dow hit record closing highs recently.

Bank stocks rebounded as investors took heart from signs that the impact from the fall of a U.S. hedge fund did not ripple out to broader markets.

Wells Fargo & Co shares jumped 2.5% after the lender said it had a prime brokerage relationship with Archegos Capital and that it no longer had any exposure and did not experience any losses.

Advancing issues outnumbered declining ones on the NYSE by a 1.48-to-1 ratio; on Nasdaq, a 1.47-to-1 ratio favored advancers. 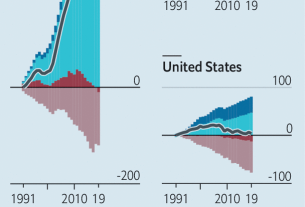