Oil prices jumped about 6 percent on March 24 as a result of a large container ship running aground and blocking Egypt’s Suez Canal – considered a vital international shipping route.

The ship named ‘Ever Given’ continued to block the arterial route on the morning of March 25 leading to a massive shipping traffic jam on either end of the canal.

Live data from VesselFinder, a tracking website, showed that efforts were on to refloat the giant ship with the help of several tug boats. But multiple attempts to refloat the 2.20 lakh tonne, 400 metre-long ship had reportedly failed.

The container vessel was on its way to Rotterdam, the Netherlands from China. It is owned by Taiwanese shipping company Evergreen Marine and has been registered in Panama. Ever Given is a large Golden-class container ship.

According to oil and gas analytics platform Vortexa, at least 10 crude tankers carrying a total of 13 million barrels were stuck in the traffic jam. Additionally, there are nine vessels carrying petroleum products including diesel. It added that the approximate rate of the backlog is about 50 vessels a day and any re-routing will add 15 days to the Middle East-Europe journey.

Why is the Suez Canal so important?

Around 50 ships used the canal every day as of 2019. The daily number was just three in 1869. By some estimates, 12 percent of world trade (and 30 percent of all container ships) by volume passes through the human-made waterway.

Canal authorities carried out a major expansion in 2015 which extended the length of the waterway to 193.30 kilometres and deepened it to 24 metres. This has enabled the canal to handle some of the largest tankers with capacities of around 240,000 tons. The canal’s traffic is expected to nearly double by 2023. 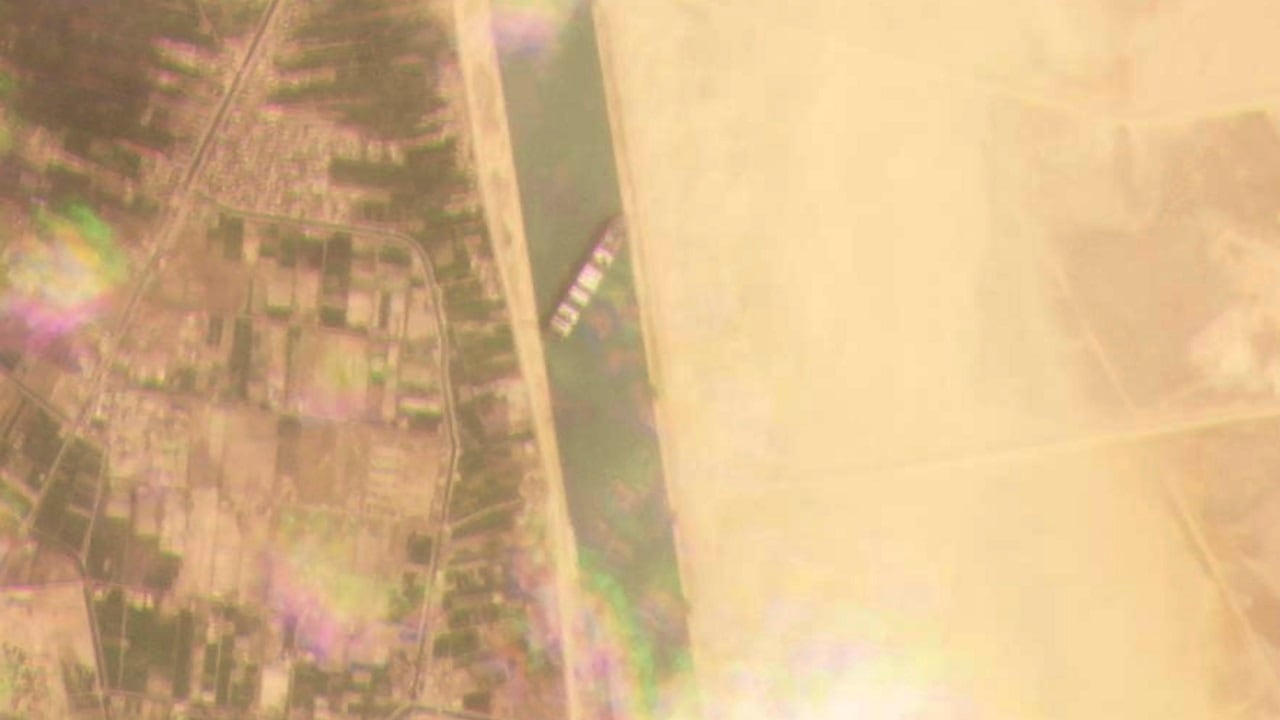 Satellite image showing the Ever Given stuck in the Suez Canal, Egypt (Image: Planet Labs Inc. via AP)

The majority of oil transported by sea passes through the Suez Canal as it is the fastest way to cross over from the Atlantic Ocean to the Indian Ocean, despite an expensive passage fee.

For example, a ship’s journey between a port in the Persian Gulf and London, United Kingdom via the canal is roughly half of what it would take for it to go around the southern tip of Africa.

A very large part of the cargo moving from West Asia to Europe is oil. However, ships moving towards Asia and the Far East usually carry manufactured goods from Europe and North America.

Read | Egypt’s Suez Canal: A history of the key route

What it means for India

The congestion in the Red Sea and the Mediterranean Sea – which are connected by the canal – is freezing a significant segment of global shipping.

This is causing a delay in the delivery of oil, petroleum and other products to major markets, escalating shipping costs and impacting global trade.

Getting around 500,000 barrels per day, India is the top importer of crude and products via the Suez Canal.

India is followed by China (just over 400,000 barrels), South Korea, Singapore and the Netherlands.

WHOA! Thanks @AuroraIntel for the photos! This won’t be a quick fix, it seems. pic.twitter.com/IjsPKWs3Sz

Major oil producing nations such as Russia, Saudi Arabia, Iraq, Libya and Algeria are the top exporters of crude and products via the Suez Canal — each shipping significantly more than 200,000 barrels per day.

Citing salvage master Nick Sloane, Bloomberg reported that the best chance for freeing the massive ship – and easing the traffic congestion – may not come until March 28-29, when the tide will reach a peak.

A news report by Reuters pointed at concerns about the incident potentially constraining crude shipments further – leading to a further rise in oil prices.

A bold policy by RBI for uncertain times; makes sense to remain invested in this bull market