U.S. stocks tumbled on Tuesday as concerns about the cost of infrastructure spending and potential tax hikes to pay for President Joe Biden’s $ 1.9 trillion relief bill weighed on investors who also fear further downside in the market.

Remarks by Treasury Secretary Janet Yellen that the U.S. economy remains in crisis from the pandemic as she defended developing plans for future tax increases to pay for the new public investments put investors on alert.

Yellen spoke at a hearing of the House Financial Services Committee after Federal Reserve Chair Jerome Powell addressed the committee.

“There’s a little bit of concern of getting out ahead of a potential selloff that could be on the horizon,” Meckler said.

Stocks had been trading near break-even in choppy trade before turning sharply lower about 45 minutes before the close.

Powell told U.S. lawmakers that a coming round of post-pandemic price hikes will not fuel a destructive breakout of persistent inflation – fears that had sparked a recent rise in yields.

Oil prices that slumped more than 3% on worries that new pandemic curbs and slow vaccine rollouts in Europe will slow a recovery in demand also pushed the energy sector lower.

Falling yields on 10-year U.S. Treasury notes from a 14-month highs last week have deflated this year’s outperformance in the financial and energy sectors.

“A lot of these (tech) stocks have seen 10% to 20% corrections and interest rates have backed off a bit,” Tuz said. “The money seems to be going back into them and out of the groups that did extremely well the last three months, specifically financials and energy.”

The benchmark S&P 500 and the blue-chip Dow have rallied about 80% from their pandemic lows of a year ago, while the tech-heavy Nasdaq more than doubled in value.

The CBOE volatility index eased to its lowest level in 13 months before jumping about 11% on the day. Wall Street’s so-called fear gauge still hovers near pandemic lows.

Shares of GameStop Corp dropped ahead of the company’s fourth-quarter results due after markets close. The videogame retailer announced the exit of its chief customer officer in the latest sign of a broader overhaul into an e-commerce firm.

U.S.-listed shares of Chinese internet search provider Baidu Inc slid following a flat Hong Kong debut as investors were wary of a fundraising flurry in the city and questioned the company’s growth plans.

Investment banks are sharpening the axe 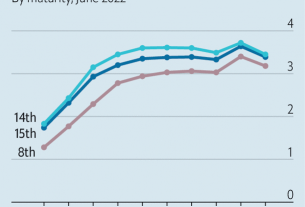 Eight days that shook the markets