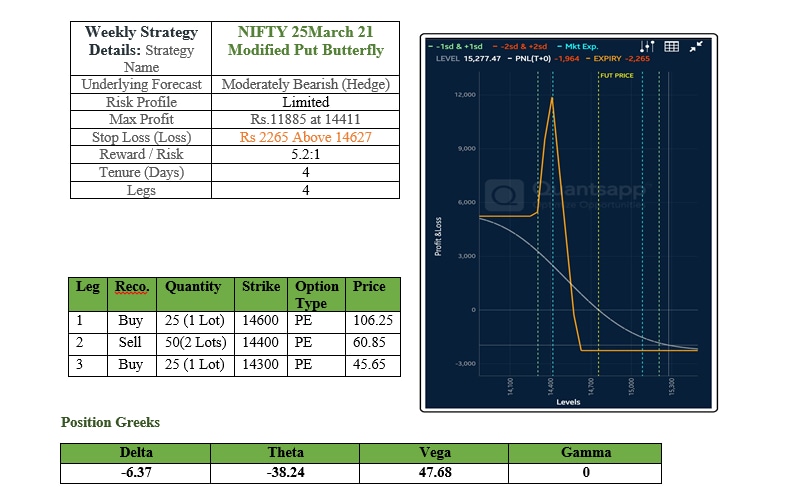 The Nifty remained in an unwinding mode during the week, falling from 15,050 to 14,750, losing around 2 percent along with OI (Open Interest) shedding nearly 11 percent.

The Bank Nifty, on the other hand, had more shorts over the week. It saw a bigger fall compared to the Nifty, slipping from 35,500 to 34,140, losing nearly 1,400 points, or 3.7 percent, week-on-week along with OI Built up of nearly 4.5 percent attributed to Short.

Monthly options data show a wide range for the Nifty expiry. Call writers are seen active on the level of 15,000 to 16,000, whereas Put writer are more aggressive. The broad range of Put addition is seen from 14,500 to 13,000 strike. Vital support level can be seen at 14,500 and for any further down move 14,000 level stands as second highest Put OI.

The Bank Nifty has remained on the same pitch as the Nifty in terms of wider range for the upcoming expiry. Writers are seen adding more positions on the OTM strikes. Data shows that the immediate hurdle is at 35,000 and 36,000 is the vital level. However, looking at the support side, 34,000 is the immediate support and 33,000 the vital support.

India VIX, the fear gauge, has declined from 21.71 to 19.83 compared to March 12. Despite the decline in the VIX, it had a huge intraday movement in the week gone by. Spike that came in the last two days has given causations to market participants. Further, any sustained uptick in India VIX can propel selling momentum.

All sectors except FMCG (125 points) contributed negatively to the Nifty, marginal support came from metal, cements and telecom, whereas PVTB (-130) was the top negative contributor.

Among the top gainer and loser stocks of the week in the FnO segment, Coforge topped by gaining around 8.9 percent followed by the ITC at 8.5 percent and Dr Lal Path Lab 7.8 percent. PFC & IDFC First Bank lost the most at around 10 percent each, followed by Granules at 9.5 percent.

Conclusion: Considering the mix of longs & short in the week gone by along the last day swing in VIX, it is prudent to approach the market with a low-risk strategy like Modified Put Butterfly. 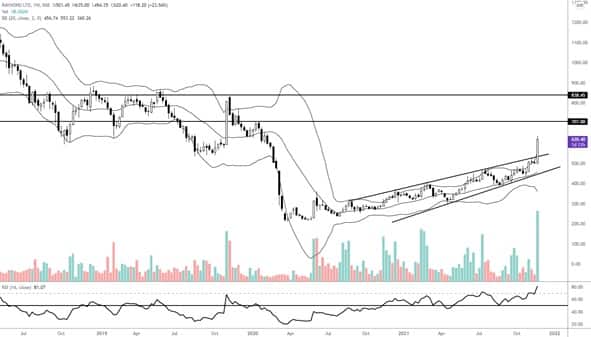