On the domestic front, market participants remained cautious ahead of the important inflation and industrial production number that was released on Friday, where inflation rose 5.03 percent in February on the back of higher food prices and at the same time industrial production contracted by 1.6 percent in January as compared to the previous month.

Reaction on the rupee has been muted as global factors have influenced the currency more.

• Dollar index retraced from the high point of the week after a $ 1.9 trillion recovery package was signed into law.
• US 10-year yields rose again above 1.6 percent after the recent US data came in better-than-estimates.
• ECB released its policy statement and decided to accelerate money-printing to keep a lid on euro zone borrowing costs.
• This signals to skeptical markets that it is determined to lay the foundation for a solid economic recovery.

• ECB would use its 1.85 trillion euro PEPP more generously over the coming months to stop any unwarranted rise in debt financing costs.

This week, focus will be on the outcome of the Federal Reserve policy meeting. Expectation is that the central bank could maintain a dovish stance and that could cap gains for the greenback. Apart from the FOMC meeting, retail sales number will also be important to watch and a disappointing number could keep the dollar weighed down. On the domestic front, no major economic data is expected to be released, but volatility is expected to remain elevated as US yields continue to trend higher.

Apart from the Federal Reserve, the Bank of England will release its policy statement and expectation is that it could keep policy rates unchanged.

Britain’s inflation rate is expected to hit the BoE’s 2 percent target in the coming months, but much of the rise will reflect last year’s pandemic hit and one-off changes to energy prices. 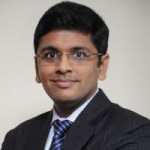 Rupee trades lower at 74.40 per dollar