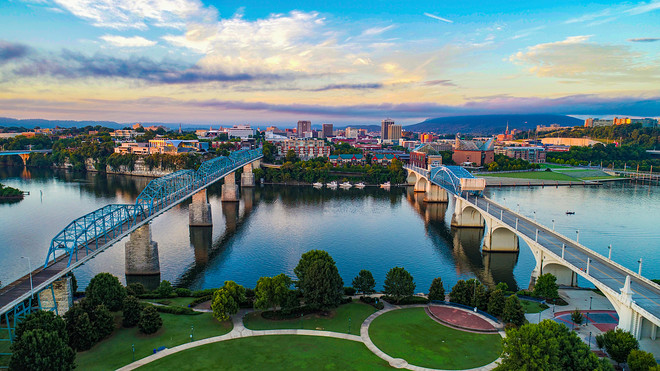 We are a physician and engineer couple planning to retire in 10 to 15 years. After spending most of our adult lives in several cold places (Wisconsin and Illinois, among them), we would like to move south and retire there. Our plan is to take up jobs in or near areas that we ultimately plan to retire in.

We are looking for liberal, midsize, culturally diverse college towns with access to good health care and low taxes in Arizona, Tennessee or North Carolina. Your suggestions will be highly appreciated.

First of all, congrats on planning so far ahead for retirement. Though many people can’t do what you’re planning, it’s a smart idea to move to the place ahead of when you plan to retire full time; and through your jobs in the area, you can meet people and establish friendships ahead of retirement.

Further kudos to the two of you: It sounds like you’ve done a lot of research on where you want to retire, having narrowed it down to three states. Here are some spots for you to consider.

A view over Chattanooga.

Outside magazine calls it the “best town ever” (it has twice won that publication’s best-towns contest), and both Kiplinger and our sister publication, the Wall Street Journal, hail it as a great place to retire.

A peek at the perks of Chattanooga reveal why: “Nestled against the Tennessee River in the foothills of the Appalachian Mountains, Chattanooga, Tenn., has transformed itself in recent decades from an unassuming town to a hyper clean, high-tech (‘Gig City’ was the first in the United States to offer gigabit internet speeds), outdoorsy family destination that offers hiking trails, rock climbing, museums, one of the finest educational aquariums in the world, and innumerable food and entertainment venues,” writes the New York Times, which adds that Chattanooga is a “breath of fresh air.”

It’s got a lot to offer you guys in particular, as it leans liberal and is a midsize city (population is about 175,000) that’s also a college town (home to the University of Tennessee at Chattanooga). Kiplinger highlights the hospitals in the area: “Health care is available through the Erlanger Health System, which has five hospitals based in Chattanooga,” it writes, and there are others, in addition to being situated about an hour and a half from Atlanta, which has myriad other hospitals.

Plus, the cost of living is significantly below average for the U.S., which may offset a somewhat high sales tax. Tennessee does not have an income tax, and Kiplinger concludes it’s one of the most tax-friendly states for retirees.

The downsides: It can get hot and humid here, and, as the Wall Street Journal notes, at times it can seem like there’s a lot of construction going on. 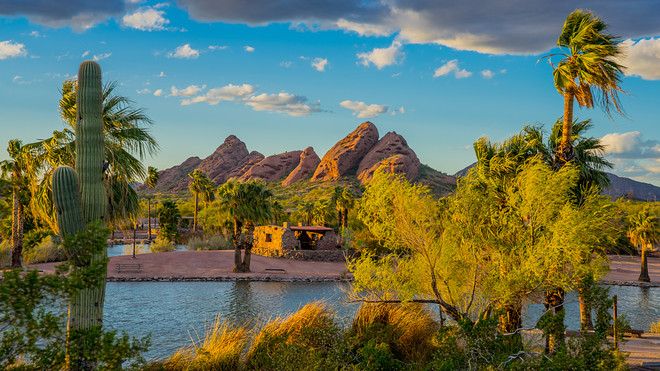 Tempe checks a lot of boxes for you two: It’s a college town (home to Arizona State University) that leans liberal, is somewhat diverse (about one in four residents is Hispanic, and more than one in 10 is either black or Asian) and is midsize (about 175,000 residents), according to Sperling’s Best Places.

It also offers great access to health care, thanks to its proximity to Phoenix, as well as warm weather year-round. Admittedly, though, it can get very hot in summer, and Arizona isn’t quite as tax-friendly to retirees as some states — thanks in part to a high sales-tax rate (though it does tend to have low property-tax rates and does not tax Social Security). You can read more about Arizona’s taxes here.

More Tempe perks: The downtown area has more than 100 shops and restaurants to enjoy, and it’s also somewhat artsy (there’s an orchestra, a place to see Broadway shows, plenty of museums and a major annual arts festival). Plus, you have excellent access to the outdoors (and great weather to enjoy it), including hiking, biking, a town lake and more. 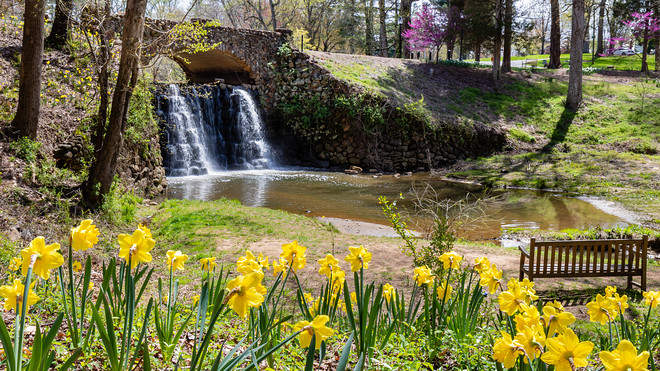 I’ve recommended this city to a retiree in the past for many reasons: It’s a college town with a low cost of living, friendly vibes, lots of shopping and recreation, and solid health-care options — so you can read my entire description here. I will add a few things that you asked for that I didn’t mention there: The city leans liberal, according to Sperling’s Best Places, and North Carolina, according to Kiplinger, is a mixed bag when it comes to the taxes that retirees tend to care about.

Financial Crime: Ex-finance chief ordered to return $4.7 million she stole from children’s charity to buy fleet of planes, houses and a Corvette

: What’s behind the “beyond” branding? From Beyond Meat to Beyond Paint, companies embrace a buzzword