The Nifty50 snapped its three-day gaining streak and closed a percent lower on weak global cues on March 4, but formed a bullish candle on the daily charts as the closing was higher than opening levels. The index defended the psychological 15,000-mark and closed above the same level.

The bullish candle with a bigger shadows on daily scale indicated tussle between bulls and bears in the market. Experts expect the consolidation to continue in the coming sessions and feel the sharp fall is unlikely till the index holds 15,000-mark.

Considering highly volatile and uncertain phase which markets are passing through, Mazhar Mohammad of Chartviewindia advised traders to remain neutral. Nevertheless, positional shorting opportunity shall arise on a close below 15,000 levels whereas strength shall resume above 15,276 levels, he feels.

“Bulls appear to have been choked by the overnight negative global cues as Nifty opened with a sharp cut. However, it was heartening to see Nifty taking support and stabilising around psychological landmark of 15,000 levels,” Mazhar Mohammad, Chief Strategist – Technical Research & Trading Advisory at Chartviewindia told Moneycontrol.

Moreover, buoyancy in Mid and Smallcap space paved the way for positive advance-decline ratio, hinting sentiment inside the broader market is still somewhat positive, he said.

India VIX moved up by 9.33 percent from 22.09 to 24.15 levels, after falling for previous three consecutive sessions. “Cool down in VIX below 21-20 levels is required for bullish grip,” said Chandan Taparia of Motilal Oswal Financial Services (MOFSL).

The above-mentioned option data indicated that the Nifty could see an immediate trading range of 14,900 to 15,400 levels.

The index formed a bullish candle on daily scale as the closing was higher than opening levels, but negated its formation of higher lows of the last three sessions. “Bank Nifty has to continue to hold above 36,000 to witness a bounce towards 36,500 and 37,000 while on the downside support is seen at 35,500 then 35,250 levels,” Chandan Taparia, Vice President | Analyst-Derivatives at MOFSL said.

The broader markets outpaced benchmark indices as the Nifty Midcap 100 index rose half a percent and Smallcap 100 index gained 1.17 percent on positive breadth. About 1,022 shares advanced against 862 declining shares on the NSE. 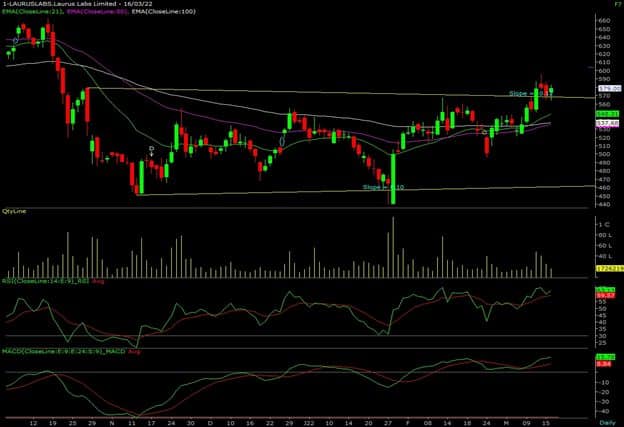