This week, bulls gathered enough resolve to halt the recent trend of decline. Besides, we have seen how markets always revert whenever a bearish bias or weakness swings too far in one direction. In Nifty’s case, correction seen from January 21, 2021 (vertical line fall) brought index lower to around 13,600 mark. However, it found support on Budget day and formed a tall bullish bar. Thereafter, for the entire week, Nifty moved higher, not even challenging the peak of Monday’s bullish bar.

Whenever a confluence of support is defended, the index’s response tends to be explosive in nature, which came into play this week as well. Nifty found respite on February 1, 2020, as it completed 90-degree move on the downside from the peak of January 2021 and bounced back from 50-EMA backed by strength in banks and financials.

Improvement in Nifty’s breadth and sectoral breadth infers renewed buying interest post corrective move. Oversold nature of our customized breadth also aided recovery this week. The customized breadth of Nifty has bounced back from oversold terrain and currently trading at around 68 percent as per Thursday’s EOD. Following such bounce in breadth from 12 percent, we expect the index to continue recent momentum.

The comeback of banks & financials has mainly dominated the headlines this week. However, sector churning was visible too with cement, autos, and later in the week the pharma index participating in the rally.

BankNifty rallied by over 15 percent this week largely driven by Monday’s Big Fat Green Bar as it eclipsed multiple tall red bars seen since January 21, 2020. We delved into historical trends and identified instances when the leadership sector marked such massive move on daily charts (i.e. Bank Nifty’s daily returns >7 percent). Probing deep into long-term data since 2013, we have identified 5 such instances. Study of 1-month & 2-month performance post such bullish bar highlights directional up move with an average 1-month return of 6 percent and 2-months return of 8.8 percent. Only on one occasion, the 2-month returns were negative post a bullish bar formed on March 25, 2020.

Based on above-mentioned findings, we are likely to enter a phase of outperformance of banks. In such an environment, retracement/corrections tend to be short-lived. Moreover, 2020 saw BankNifty underperforming the benchmark Nifty. This week’s colossal move has led to a breakout above a stubborn hurdle zone in the ratio of BankNifty versus Nifty. In the near term, some consolidation is expected in the leadership index, as momentum is likely to shift into pharma and midcap indices. Short-term point & figure ratio chart of Nifty Pharma versus Nifty index is bouncing off pattern re-test zone. 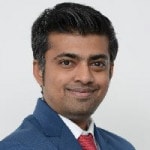 Pritesh Mehta is a Lead Technical Analyst – Institutional Equities at YES Securities. He holds a Master’s degree from NMIMS. Prior to this assignment, he was associated with IIFL for 13 years as one of their lead technical analysts. His skills and forte include in-depth technical analysis and identifying actionable momentum trades. Pritesh excels in trend identification, with a special focus on inter-market analysis, gann & ratio charts. 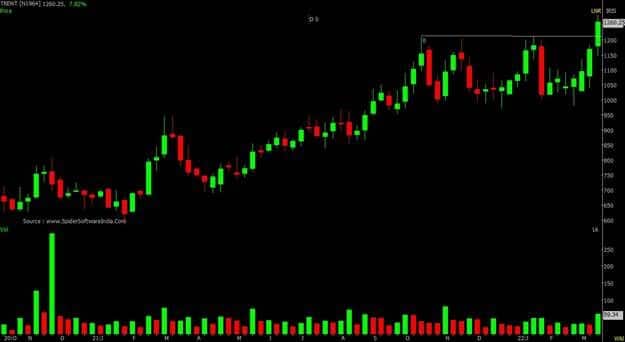 Trade Spotlight | What should investors do with Trent, IFB Industries, JSW Steel on Monday?