We will be retiring, hopefully in 2021, with about $ 30,000 to $ 40,000 in annual income from a pension. I would love to live in Summit County, Colorado, where all the awesome stuff is — mountain biking, skiing, paddle boarding — but it’s outrageously expensive.

In retirement I plan to teach skiing and would love to have worked at Copper Mountain, but I can’t afford anything around there. You got any advice for mountain areas like that where I may be able to afford something? We could probably afford a $ 250,000 or $ 300,000 house but not if it comes with $ 6,000 a year in HOA dues.

Please let me know what you think. I’m getting desperate and discouraged.

Yup, popular ski towns are expensive. And as I pointed out to someone with the same problem but a bigger budget, it’s not like officials in these places are rushing to get more housing built. And the coronavirus pandemic has only made great mountain towns even more expensive by turning so many office workers into remote workers who then move to the mountains.

If your heart is set on Summit County (not only home to Copper Mountain but also Breckenridge, Keystone and Arapahoe Ski Basin), why not look into renting for a season, skiing to your heart’s content (and teaching — or perhaps being a ski patroller?) and crossing it off your bucket list? You may have to accept living in a smaller place than you’re used to, but at least you will have lived your dream. You can always hope you find a lead on an affordable permanent housing spot; I’m thinking Silverthorne or Dillon.

Please be realistic about your budget. You know your lifestyle; I don’t. Talk to the provider of your pension (or is it a 401(k)?) to get a more accurate estimate of your annual income — that range makes me nervous. How does Social Security fit in? How much can you earn as a ski instructor new to the resort? Don’t forget to leave a line for income taxes as you do the math.

And can you stash away any more cash before you retire and let it grow over the decades you will still live? You don’t want to run out of money in retirement.

With all that said, I asked MarketWatch’s “where should I retire” tool for suggestions on your ersatz dream spot, focusing on a ski town and a median home price under $ 300,000. You (and your wife) may have other criteria for when you’re not on the slopes that could lead to other suggestions.

You’ll still need to compromise on that wish list. Here are three places to get you started: 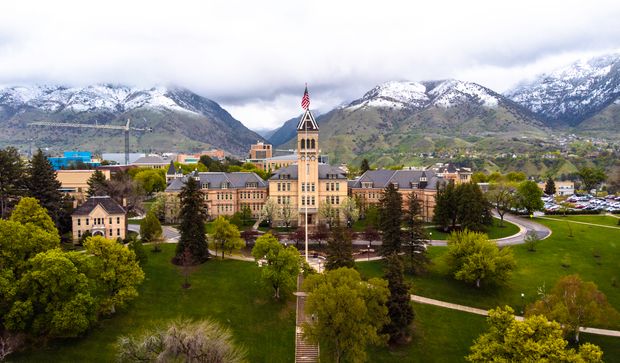 Live in this city of 51,500 people in northeastern Utah and you’ll have the Wellsville Mountains as your western backdrop. I’m a fan of college towns because of the extra amenities they bring, and this one is home to Utah State University and 19,000 students. The Milken Institute includes it among its 10 best small metros for successful aging.

The skiing is to the east. Follow the Logan Canyon Scenic Byway to Beaver Mountain, a small family-run resort just below the state line with Idaho. It’s got that Utah powder but is little-known beyond the locals. It’s also small: only four lifts but 48 trails.

A drawback of Logan is that it’s 30 miles from the slopes. Garden City, on the east side, is half the distance and on Bear Lake, but it may be harder to find something in your price point. On the other hand, you’d have the lake, the second-largest freshwater lake in the state and, the tourist people say, such intense blue water and sandy beaches that it’s the “Caribbean of the Rockies.”

You also could ski Cherry Peak, a smaller resort less than 20 miles north of Logan.

As for mountain biking, here are some options to get you started in Logan. Or head to the Uinta-Wasatch-Cache National Forest to the north of town as well as at Beaver Mountain. And keep an eye out for the area’s hot springs.

Of the three suggestions, this offers you the hottest and driest summer weather.

To get a sense of the housing market in Logan, take a look at the listings on Realtor.com (which, like MarketWatch, is owned by News Corp.). 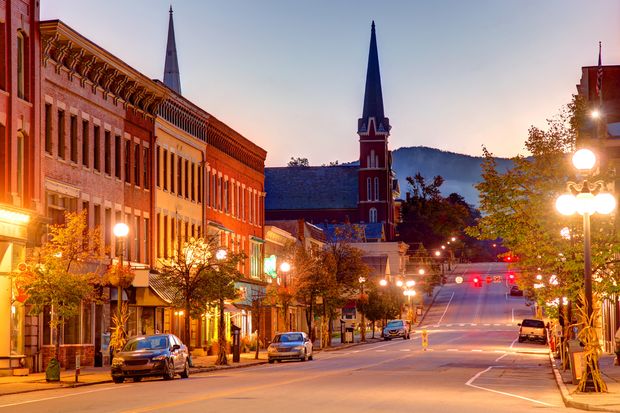 Well, it’s more likely to be Rutland, 15 miles away from Killington Resort, the largest ski area on the East Coast. (Pico Mountain is a nearby ski option.) Killington itself has fewer than 1,000 people, and Mendon, on the way to Rutland, has barely more than that.

But Rutland has 15,000 residents, about a quarter of the 58,000 who live in Rutland County. And housing will be cheaper here than in Logan.

One of the compromises you’ll need to make is that East Coast skiing is icier than the powder out west.

Away from the slopes, you can start your mountain biking in Pine Hill Park. Paddle board at Chittenden Reservoir 10 miles from Rutland or on Lake Bomoseen (the largest lake in the state) 20 miles away. You may also want to check out the 26-mile Delaware and Hudson rail trail; the northern end is in Castleton, less than 15 miles west of Rutland, meanders into New York state (where there’s a gap) and back into Vermont. 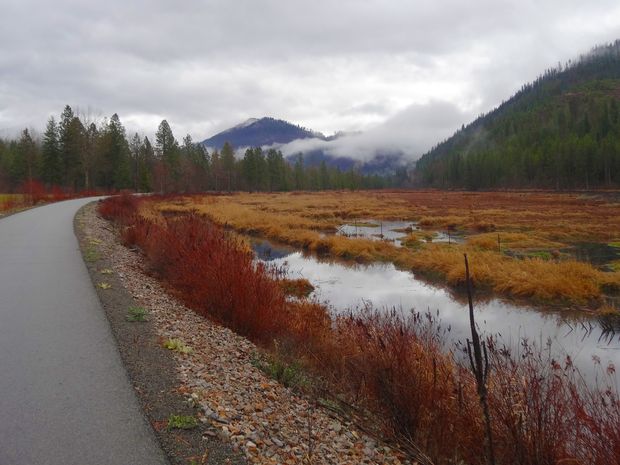 Along the Trail of the Coeur d’Alenes

This suggestion comes via Realtor.com’s list of most affordable ski towns. Shoshone County, in the Idaho panhandle, isn’t part of a government-labeled metropolitan or micropolitan statistical area, so it isn’t included in the MarketWatch retirement tool.

Your ski resort is Silver Mountain Resort, just off the interstate in town. It says it gets 340 inches of snow a year and has seven lifts, 1,600 acres and a 2,200-foot vertical drop.

Just 2,100 people live in Kellogg and fewer than 13,000 in the county. While it’s not a booming area, it is 30 minutes from fast-growing and pricier Coeur d’Alene, Idaho, and an hour from Spokane, Wash.

The paved 73-mile Trail of the Coeur d’Alenes comes through town, in part along the Coeur’d’Alene River. If you can’t paddle board in the river, head to the lakes around Coeur d’Alene.

The median home price fits your budget. The flip side is that it’s a small town, so supply is always limited. A bit of history: This is a mining region, and a 1972 fire at the Sunshine Mine in town that killed 91 is considered Idaho’s worst mining disaster.

Here’s what’s on the market now.

Readers, where should Mac and his wife retire? Leave your suggestions in the comments section.

I’m looking to retire in a warm place that has a ‘socially liberal mind-set’ and lots of live music — and I’m a die-hard skier. Where should I go?

I want to get out of New York state and retire to a rural location with four seasons — where should I go?

: Will you vaccinate your kids against COVID-19 once they’re eligible? Only half of U.S. parents say yes

What's Worth Streaming: Here’s what’s worth streaming in June 2022 — and why Netflix, Apple and Disney are the best bets