The Nifty50 traded lower for the major part of the session amid volatility and fell sharply for the third consecutive session on January 25. Weak global cues and reports of Indo-China border skirmish weighed on sentiment.

The index formed a bearish candle on the daily charts as the closing was lower than the opening levels. Experts say the selling pressure can extend if the index breaks 14,218 in the coming sessions.

Traders should avoid long side bets, Mazhar Mohammad, Chief Strategist – Technical Research & Trading Advisory at Chartviewindia.in, told Moneycontrol. Intraday traders with a high-risk appetite can consider shorting below 14,218 and look for a downside target placed in the 14,050–13,090 zone, he said.

“The Nifty slipped below its recent low of 14,222 which is essential to complete one corrective structure, in the form of a FLAT, at a lower degree in Elliot Wave parlance,” Mohammad said.

If the index sustains above 14,218 and manages a positive close in the next session, there will be a higher probability of the market witnessing consolidation for a couple of days with a pull back rally, he said. The Nifty will not gain strength until it closes above 14,650.

If its downward spiral goes beyond 14,218, the current leg of downswing shall extend into the 13,990–13,950 zone, where a confluence of supports is placed based on conventional technical parameters, he said.

The index may continue to remain highly volatile ahead of the monthly expiry and the Budget 2021, Chandan Taparia, Vice President | Analyst-Derivatives at Motilal Oswal Financial Services said. India VIX moved up by 3.68 percent from 22.42 to 23.24 levels.

The Bank Nifty opened positive at 31,507.15 but failed to surpass its key hurdle of 31,750 levels and drifted to hit the day’s low of 31,013.65. It outperformed the Nifty as it closed flat to positive even after a sharp decline in the broader market.

“The Bank Nifty has been making lower top-lower bottom on the shorter time frame and bounces are being sold. Now till it remains below 31,750, the bounce could be sold for the downside move towards 30,750 and 30,500 while on the upside hurdles are seen at 31,750 and 32,000 levels,” Taparia said. 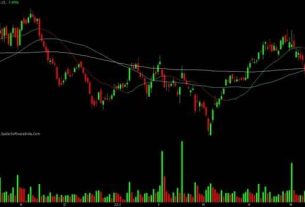 Trade Spotlight | What should you do with InterGlobe Aviation, Dr Lal PathLabs, MM Financial on Friday?