Optimism is taking hold among the country’s largest banks.

With the rollout of vaccines underway and a new round of economic stimulus landing soon, JPMorgan Chase and Citigroup each said Friday that they had begun to pare back the enormous reserves they had socked away in case of an economic disaster.

Citigroup’s chief financial officer, Mark Mason, cited the vaccines, the most recent round of stimulus and the election outcome — which is likely to result in a bigger stimulus package — as drivers of the bank’s decision to raise its economic forecast, lower its expectations for the unemployment rate in 2021 and release some rainy day funds.

“There are a lot of favorable indicators that support the direction of the variables and make for a more positive outlook in 2021,” Mason said on a call with journalists to discuss the bank’s results, adding that things had improved even more since Citi had closed its books after calculating its fourth-quarter performance and its economic forecast this month.

Some of the changes that banks are making to their forecasts could be temporary. New accounting rules force them to tweak their reserves and their forecasts more frequently to keep up with changes to conditions in the financial markets and the economy. But their brighter outlook was not just confined to the paper on which their quarterly results were printed.

“Thank God for the vaccine, folks,” Jamie Dimon, CEO of JPMorgan, said on a call with reporters Friday.

JPMorgan, the largest US bank, released $ 2.9 billion from an emergency stockpile, which helped push its profit 42% higher in the fourth quarter, to just over $ 12 billion. The bank’s revenue was 3% higher, at $ 30 billion, compared with the same quarter a year earlier.

Regular recalculations of how much money the bank would need in the event of a disaster had led to the release, Dimon said in a statement accompanying the bank’s results, but he added that there was still plenty more saved up in case a downturn occurred.

“While positive vaccine and stimulus developments contributed to these reserve releases this quarter, our credit reserves of over $ 30 billion continue to reflect significant near-term economic uncertainty and will allow us to withstand an economic environment far worse than the current base forecasts by most economists,” he said.

The results showed that JPMorgan’s retail customers had been buying houses and cars. The number of mortgages and auto loans rose 20% from a year earlier. The bank’s profit from stock trading jumped 32%, and earnings from trading in bonds, currencies, commodities and other products rose 15% compared with the year-ago fourth quarter.

Citigroup said Friday that it had released nearly $ 1.5 billion from its reserves, but it was not enough to raise its quarterly earnings above what it earned in the same period in 2019. The bank reported a profit of $ 4.6 billion on revenue of $ 16.5 billion. Both its revenue and its earnings were lower than they were a year earlier.

The bank’s earnings were hit as its credit card users around the world reduced their activity. Deposits in its global bank grew 19%, but a decline in the amount it earned from card usage contributed to a 14% drop in revenue. On Wall Street, Citigroup bested its performance a year earlier. Stock trading earnings rose 57%, and earnings from trading in bonds and other products increased 7%.

Wells Fargo also released $ 757 million from its reserve pool, but it said the change was driven by the sale of its student loan business rather than any reassessment of its economic outlook. The bank earned $ 3 billion in the fourth quarter, just slightly more than it did in the same quarter in 2019, even though its revenue fell to nearly $ 18 billion from $ 19.8 billion.

The banks still expect that many of their customers will eventually reach a point at which they can no longer pay back some of their loans and there are no more stimulus funds or unemployment benefits to keep them afloat. But, at the moment, that reckoning looks further out — perhaps as late as the middle of next year, because of the fresh stimulus. In the meantime, many borrowers who seemed as if they might have trouble paying their bills have been better at keeping up payments than expected, Citi’s Mason said.

Wells Fargo’s CEO, Charles Scharf, said the bank’s results, which showed significant expenses that cut into its ability to earn profits, reflected its efforts to move on from its past abusive practices. The bank has had to revamp how it monitors its operations to identify illegal or harmful activities, and has plowed significant sums into the overhaul.

“We are making progress,” Scharf said in a statement accompanying the financial results. He noted that the improved economic outlook offered an additional source of hope.

“With a more consistent, broad-based recovery, and as we continue to press forward with our agenda, we expect you will see that this franchise is capable of much more,” Scharf said.

Wipro to replace Bajaj Auto on BSE Sensex, may see inflows of over $154 million 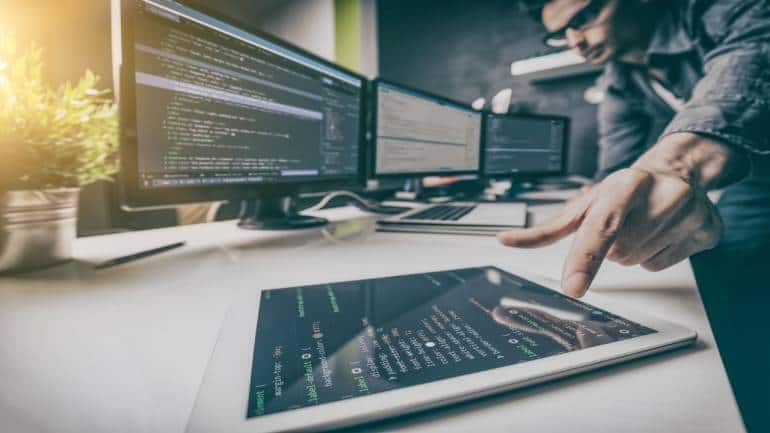 Why Zensar offers margin of safety despite its outperformance?