The Indian market continued to rise for the 10th consecutive week without any meaningful correction. The bulls have been reigning and showing resilience, as every dip is getting bought into. The Nifty scaled yet another record high of 14,367.3 and formed a bullish candle on the weekly scale.

The volatility index IndiaVIX surged 5 percent to end at 20.6 levels and ahead of the budget, which is scheduled for February 1, 2021, we can expect volatility to increase to 25 levels.

As expected, the broader markets are outperforming, we reiterate our positive stance on the same and expect the momentum to continue.

On the derivatives front, a fresh Put writing was seen at 14,200 and 14,300 strike on January 8 where the highest open interest of 37.1 lakh contracts is placed at 14,200 strike. The base is continuously shifting higher and 14,200 will act as immediate support in the coming week.

On the Call side, a short covering was seen in the majority of in-the-money strikes and a fresh addition was seen at 14,500 and 14,600 strikes. The maximum open interest of 25.3 lakh contracts is placed at 14,500 strike and a breach of it will attract further short-covering rally and upside will open for 14,800 levels. Based on the data, we can expect the Nifty to oscillate in the 14,200–14,800 range in the coming week.

The Bank Nifty continued its outperformance for the second consecutive week compared to the benchmark. The index also reclaimed the psychologically important level of 32,000 on a closing basis, which is a positive sign. The MACD has provided a fresh buy crossover above the zero line and the RSI has breached a falling trend line on the daily chart.

The derivative data for the Bank Nifty indicates that the highest open interest on the Call side is placed at 33,000 strike followed by 32,500 strike and a fresh Put writing was seen at 32,000 strike, which holds the maximum open interest and is also likely to provide immediate support.

Based on the Bank Nifty data, we expect a short-covering rally in the coming week. Hence, we advise a Bull Call Spread where one can buy one lot of 32,200 call strike at 331, simultaneously sell one lot of 32,600 call strike at 178. So, the total outflow from this strategy is 153 points as per the closing price on January 8. 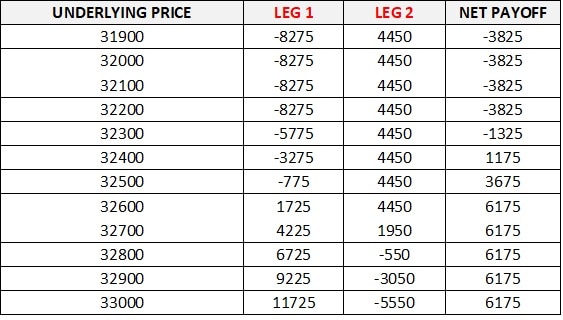 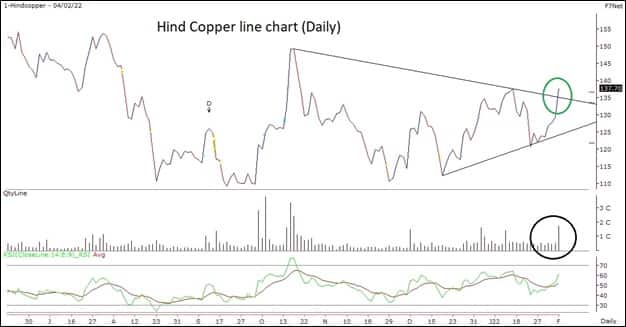