Moderate yet a positive start to the year 2021 promised that the bullish sentiment would keep up in this month as well. Apart from a brief halt mid-week, the mood was consistently upbeat for this week.

Nifty had more or less sub-1% moves for most part of the week. After a couple of positive sessions, the index took a breather. Not by a big margin, but the softness in the index in back-to-back sessions threatened to instigate a pullback due to a possible profit booking drive. However, last session did manage to set the records straight. With the help of almost 1.5% gain on Friday, Nifty shut shop for the week with over 2% gains for the opening week of 2021.

Bank Nifty, too, started off on a bit soft note. However, the dip and reversal in the very next session pushed the index higher by over 1.6%. This was the biggest gain for the bank index for the week. What followed were positive yet sub-half percent moves. This may not have added much for the week but did manage to bring outperformance in Bank Nifty vis-à-vis Nifty with over 2.7% gains for the week.

On the open interest (OI) front as well, the indices did not disappoint. Nifty futures have very visible history of longs upon rises and long unwinding upon falls. This week was no different as 3 out of 5 trading session saw rise and alongside each and every rise, Nifty future added longs. Despite of bit unwinding during the week during softer sessions, Nifty futures added over 10% OI  for the week.

Bank Nifty futures reacted a bit differently to this week’s moves. Incremental OI was seen in only 1 of the 5 sessions that contributed to most of the rise in OI this week. Last 3 session of the week did see Bank Nifty rising but alongside came in more and more unwinding. However, thanks to mammoth rise in Long OI on Tuesday, Bank Nifty added double the Longs compared to Nifty this week.

Aggregate stock futures OI also was augmented by almost 2% for the week. While the stocks and indices rise the recent phenomenon of unwinding upon rise continued this week as well with over 30% of stocks witnessing unwinding having many of them with no serious history of shorts.

Sentimentally, the options tally got a bit more confident for the upcoming weekly expiry. As a result, the OIPCR jumped 20bps over this week with most of the increment coming in on the last day.

On the other hand, the India VIX kept up the rise inching higher by a point this week. This could be seen as prudence as the upcoming results led volatility could jeopardise the ongoing up move in any stock.

Finally, consistent Long-Long Unwinding cycle in Nifty futures indicate positive outlook expected. Rise in OIPCR this week indicates comeback in aggression by the long traders. Yes, rise in IV led by upcoming results is a bit of a dampener, hence moderation should be done in any bullish bet. Such Long structure at these high levels could be traded with Modified Call Butterfly.

Modified Call Butterfly is a 4-legged strategy where 1 lot of Call close to current underlying level is bought against that 2 lots of higher strike calls are sold and 1 more lot of Call is bought but closer to the call sold strike. This keeps the lower but constant profits in case of upward breakout. This is a fairly risk averse and a universal strategy. 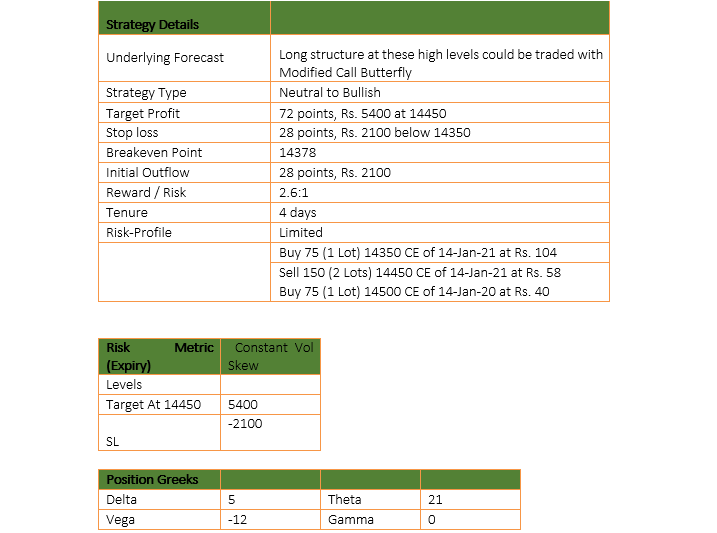 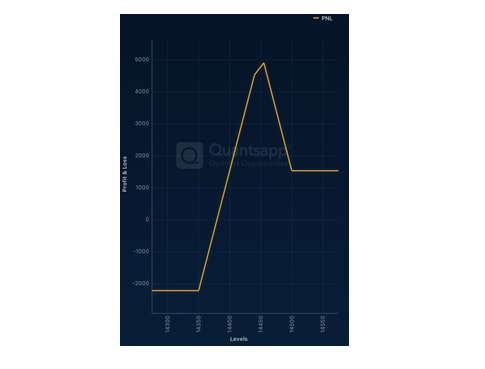 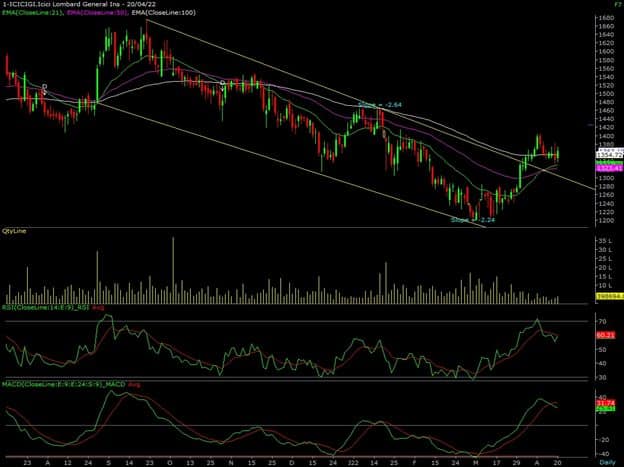 Hot Stocks | Here is why you should bet on Hindustan Unilever, ICICI Lombard for short term 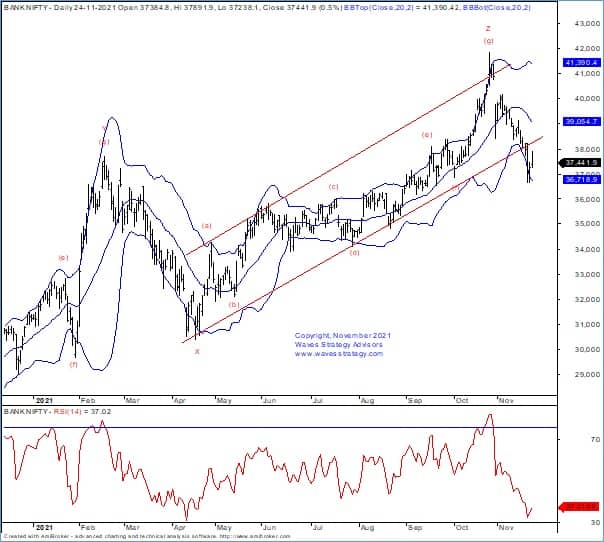 For Bank Nifty, trend is likely to remain in #39;sell on rise mode#39;