President-elect Biden will unveil a $ 1.9 trillion stimulus package proposal designed to jump-start the economy and speed up the U.S. response to the coronavirus pandemic, officials said on Thursday.

While U.S. stocks spent most of the trading session in positive territory, helped by the stimulus hopes, some concerns about the details of the package led to a modest decline towards the end of Wall Street trade.

”The concern is what it’s going to mean from a tax stand point,” said Tim Ghriskey, chief investment strategist at Inverness Counsel in New York.

”Spending is easy to do but the question is how are you going to pay for it? Markets often ignore politics but they don’t often ignore taxes.”

Investors had also kept an eye on Federal Reserve Chair Jerome Powell, who struck a dovish tone in comments at a virtual symposium with Princeton University.

Powell said the U.S. central bank is not raising interest rates anytime soon and rejected suggestions the Fed might start reducing its bond purchases in the near term.

”The Fed wants to talk down rates and it would be interesting if it steps in to buy long-dated securities and if the bond market breaks because of that,” Ghriskey said.

On Friday, earnings season will kick into full swing with results from JPMorgan, Citigroup and Wells Fargo. Investors will be looking to see if banks are starting to take down credit reserves, resume buybacks, and provide guidance that shows the economy is improving, said Thomas Hayes, chairman of Great Hill Capital in New York.

”The markets want to see if they are showing confidence. If the guidance is strong, it shows we can sustain this move,” Hayes said.

Meanwhile, oil prices rose on Thursday, boosted by a weak dollar and bullish signals from Chinese import data despite renewed concerns about global oil demand due to surging coronavirus cases in Europe and new lockdowns in China. 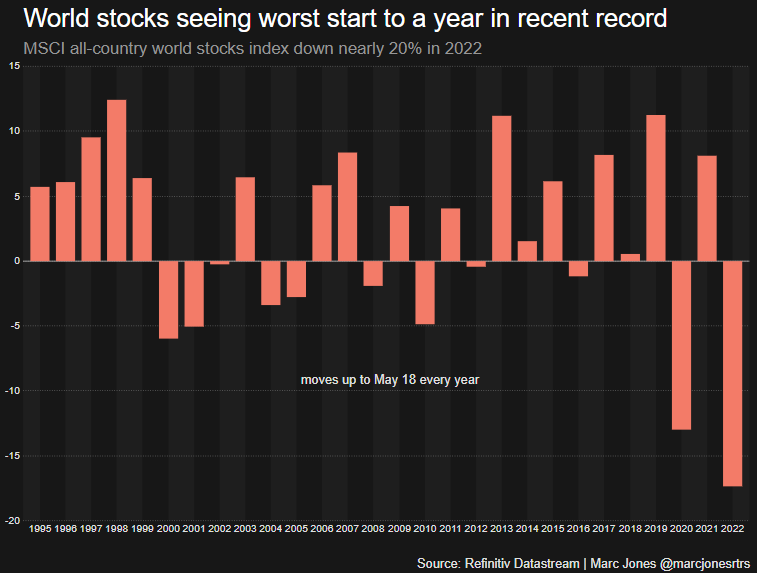