21:06 2019
Print This Article
👤by Currencies
Filed under
Currencies

GBP: Weekend polls continuing to move in favour of the Conservative party has seen the Pound open on a firmer footing to begin the week. According to the latest Politco poll of polls the Conservative party is average 41% (2ppts shy of its peak in the run up to the 2017 election), while the Labour party are at 29%. Consequently, a Conservative majority is becoming increasingly likely with bookmakers pricing in such an outcome at 63%. However, while GBP/USD has pushed higher, 1.3000 remains the stumbling block for the pair and thus gains are somewhat limit in the run up to the election.

JPY: Risk sentiment swings as the mood music surrounding US-China trade deal hopes begins to fade yet again. Reports from CNBC that China are pessimistic on a trade deal after President Trump recently stated that he would not offer a tariff rollback (full tweet) has subsequently led to a pullback in equity markets, while safe-haven flows have pushed gold and JPY higher. USD/JPY back below its 200DMA (108.99) and as such eyes a test of support at 108.40 (rising trendline). 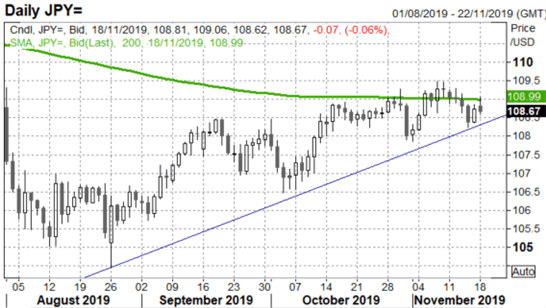 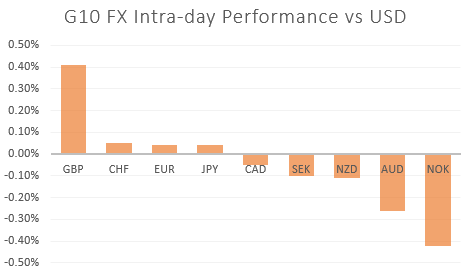 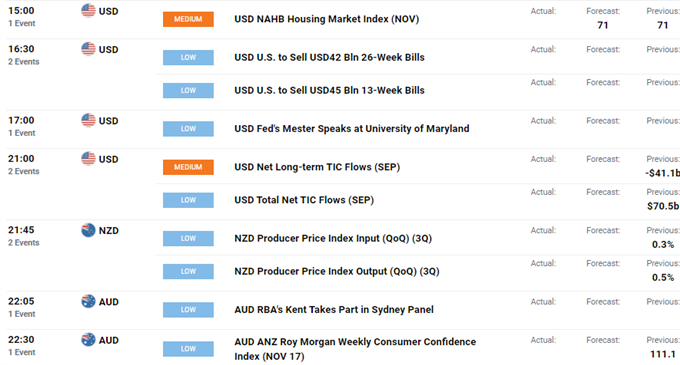 Have a connected home? You may need cyber insurance