Total holdings of gold and silver have exploded in 2019 as investors grasp for safety amid slowing global growth, trade war uncertainty and a multitude of recessionary warning signs. The seemingly incessant demand has seen the total known ETF holdings of gold surge to the highest since 2013 and easily surpass the levels seen during the immediate years following the Great Financial Crisis. Like it often does with price, silver holdings have followed suit and investors now own more silver through exchange traded funds than ever before. 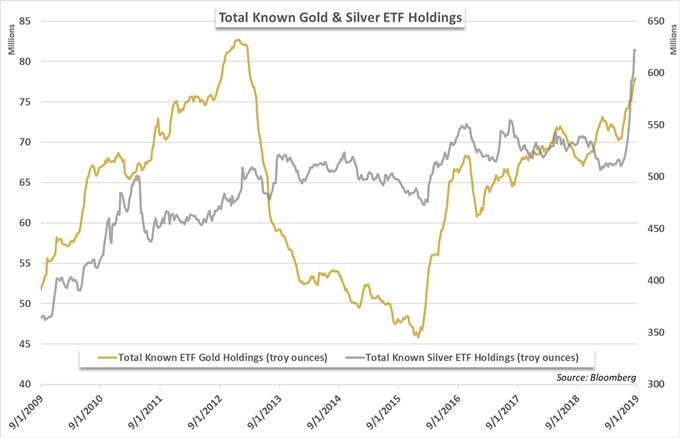 The substantial increase in ownership has been reflected in both gold and silver prices which have climbed roughly 17% and 10% respectively in the year-to-date. Simultaneously, gold ETF ownership has increased by 6.3 million troy ounces or roughly 9%. Silver ETF holdings have ballooned by 105 million troy ounces – a whopping 20% increase in total ownership. Using the 2019 average gold spot price of $ 1,340, the added holdings equate to roughly $ 8.4 billion while the increase in silver ownership – using a spot price of $ 15.5 – is over $ 1.6 billion. 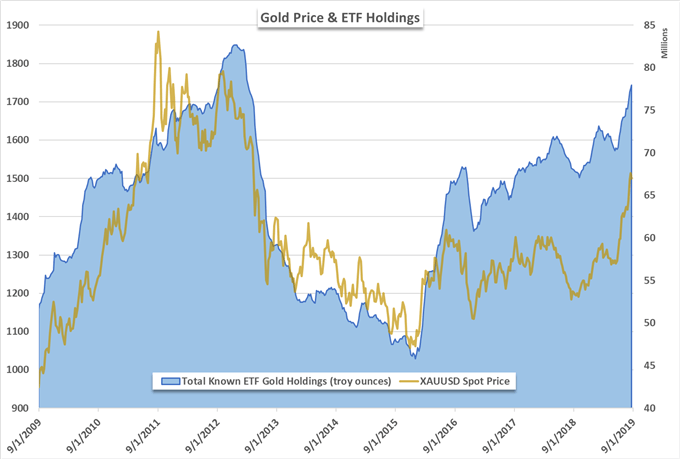 With the recent inversion of the 2-year, 10-year US yield curve, fears of an impending recession are mounting and the future is arguably more uncertain than months prior and the nearly parabolic increase in holdings over the last three months suggests similar. Thus, it seems likely the demand for both gold and silver will continue for the foreseeable future. Consequently, the two precious metals may continue to receive a boost from the increased ETF ownership which offers a glimpse at the global demand for the commodities. 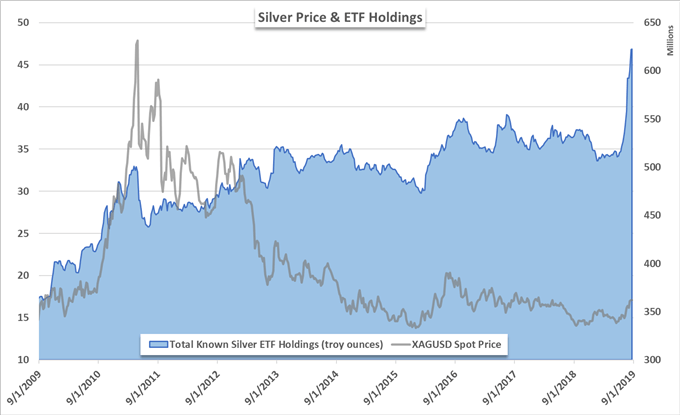 UCO Bank aiming to come out of the RBI#39;s PCA framework

India may give reprieve to solar projects delayed by coronavirus fallout

NewsWatch: The stock market is ignoring these ‘white swan’ events that could upend everything, Roubini warns