01:07 2019
Print This Article
👤by Currencies
Filed under
Currencies

It isn’t a stretch to label the British Pound the most bearish of the liquid major currencies these past few weeks – and that is saying something. There is serious competition to be lodged by the Australian Dollar which has been hammered by the trade war headlines. It would be willfully dishonest to say the developments of late for the currency were purely chart motivated. The momentum that the Sterling has generated in a peak-to-trough 4.3 percent tumble through May defies the general pace seen in virtually every other corner of the financial system. There are powerful speculative incentives for the market to rebuff strong volatility or a prevailing trend. A lurking divergence between realized and expected volatility, a disparity in prominent risk measures (US indices versus global government bond yields) and an excess in exposure that is unmistakable. To mount such a trend in these conditions, something external to the chart must be driving intent.

Even principal technical traders will note how much attention the Brexit situation has drawn. Political headlines from the UK have ventured into direct reference to the UK currency, a correlation that the other side rarely makes as it prefers to focus on the political drama. On Friday, Theresa May announced that she would resign as Prime Minister which crowded out headlines from global concerns over economic activity to escalations in the US-Chinese trade war. We can see below the general interest in ‘Brexit’ over the past year. The recent drop has been a shift of attention to UK political stability concerns, but the implications will swing back to the two-and-a-half year drama eventually. Below is the Google search interest for the term ‘Brexit’. This theme has proven an effective distraction or the markets and kept any rooted trends from developing. So long as the concern persists, multi-month trends are unlikely. Then again, as short-term expectations – and headlines – flare up around this drama, we can absolutely fuel volatility. 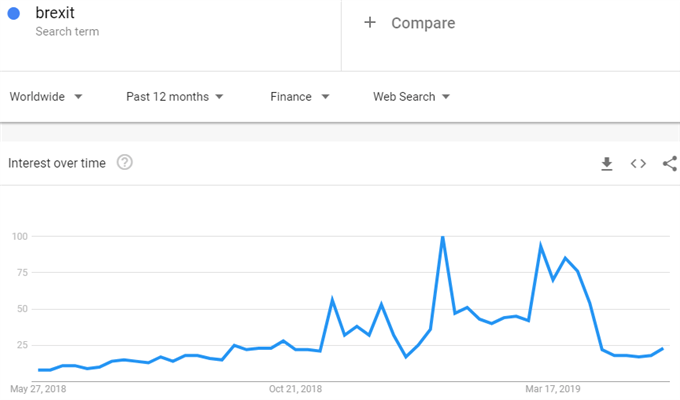 Moving to a price chart for the Sterling, we can see the headlines in action. Regardless of what major Pound-cross chart you refer, GBP lost significant ground through this past week. From the most liquid of the pairings (GBPUSD), there was an impressive drop. The US Dollar itself was ‘under power’ for the past few weeks, so the overriding influence was impressive. What is most striking even on a 4-hour chart was the momentum from the pair – consistency as much as progress. This chart shows the distance of spot relative to the 20-period moving average (in purple) which suggests extraordinary pace on this time frame. Now, crossing back above that trailing average, the pressure for a reversal is high.

Chart of GBPUSD and 20-Period Rate of Change (4-Hour) 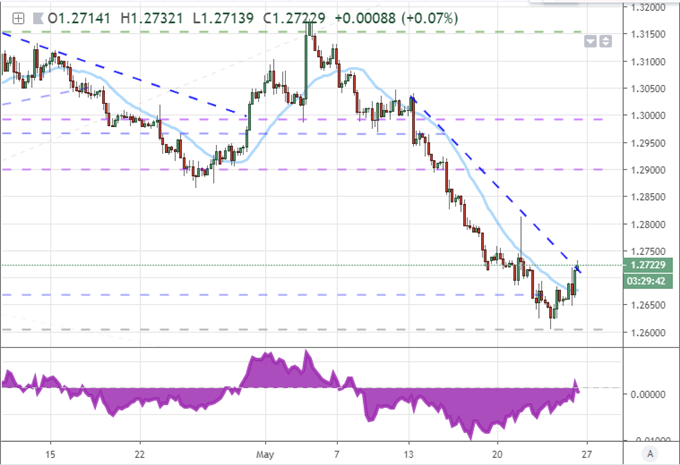 Moving the time frame up to the daily, Cable better shows how remarkable the recent bear leg has been – and how unique Friday’s advance was. There is some comparison to be found in the August slide – including the relative area that it ended at 1.2650/76 is not far from our rounded low – but we shouldn’t assume an exact pattern match. The pace is most important moving forward. We have a bank holiday on Monday and Parliament on recess through the week – which will hamstring Brexit updates to volatile headline fodder. Expect the same conditions as possible for price action: volatility with a higher barrier to trend. If we drift back in a natural rebalance of speculation, it could work to set up a larger, inverse head-and-shoulders pattern with a neckline around 1.3400. 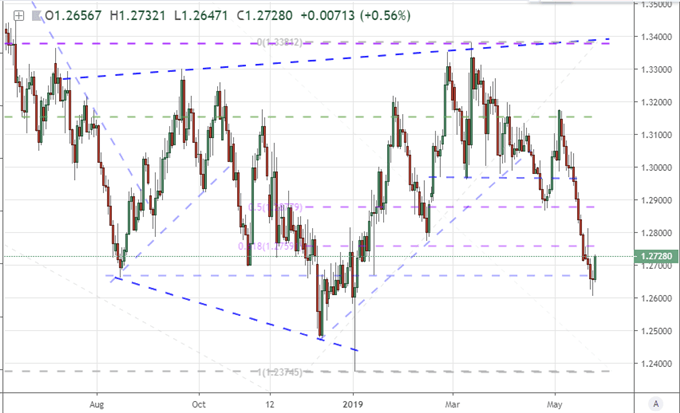 Taking the Dollar out of the equation – as the more liquid currency in a pair can sometimes have an overriding influence – an equally-weighted Pound Index shows the same pressure the Sterling has suffered this month. What was an initial break of a diminished wedge to the upside turned into a charged bearish reversal that saw 12 of the past 14 trading days in the red. This synthetic measure has dropped to roughly the 61.8% Fib of the 2019 advance which is a relative position we can find in a number of the Pound’s crosses. 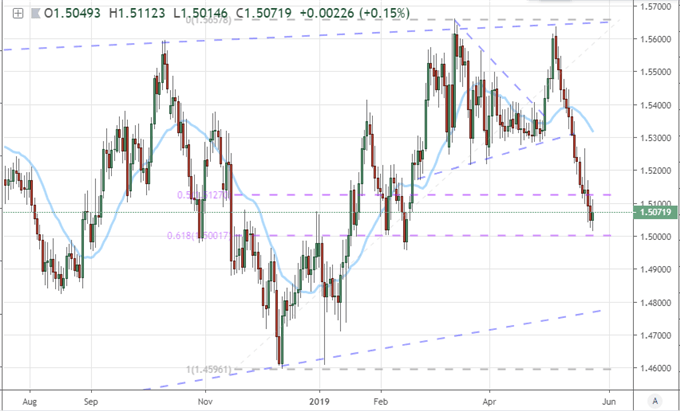 What is important for all technical traders to watch nowadays is the implied (expected) volatility building a market – even if it is proving a weak precursor to realized activity. Below, the GBPUSD is overlaid with the CME’s British Pound volatility index (green). It is notably much lower than what we saw in late May, but don’t take that as a sign that conditions are much more restrained. That drop reflects the temporary extension on the Brexit negotiation timeline. We could very well see this pressure escalate far more quickly than the market is accounting for. Moderation of realized volatility in price action – or trend – means it is more likely that we see a reversal as a rebalancing. 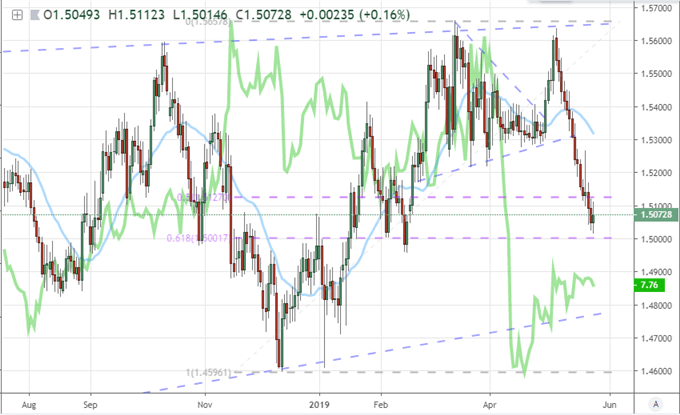 Looking into the Pound’s principle crosses, the most impressive by far is the EURGBP. In terms of its consistency, Friday’s weak Sterling recovery represents the break of a 14 consecutive day advance (slide for the Sterling). In the pursuit of this charge, this pair cleared three month range resistance (breaking 0.8680) and then went on to overtake the midpoint of 2019’s range and the 200-day moving average around 0.8730. The channel that developed form this move seems remarkably straight, which means any break early next week will readily draw the market’s attention. 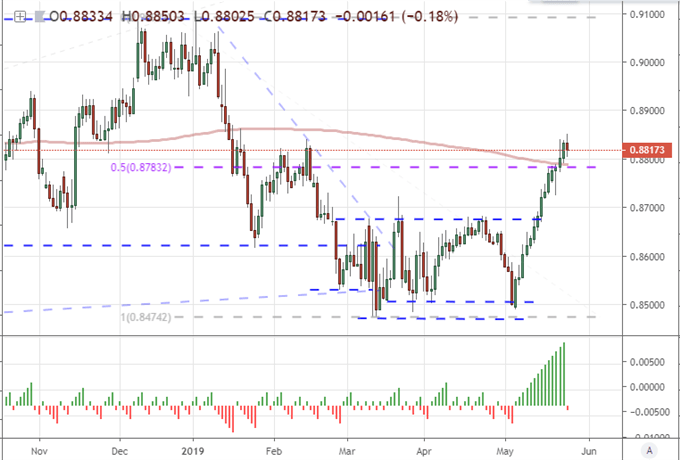 Moving down the list of the most liquid Pound crosses, GBPJPY offered up its own remarkable tumble – especially after taking out 144 support. Yet, the consistency was not as unblemished as EURGBP because the Yen contributed its own influence to volatility. Sways in risk trends accelerated progress and briefly stalled it on the bearish side of the GBP. We have gotten to more significant zone of support on this pair with the absolute lows from the beginning of 2019 in sight – though the flash crash low (not in this chart) will be difficult to overtake. 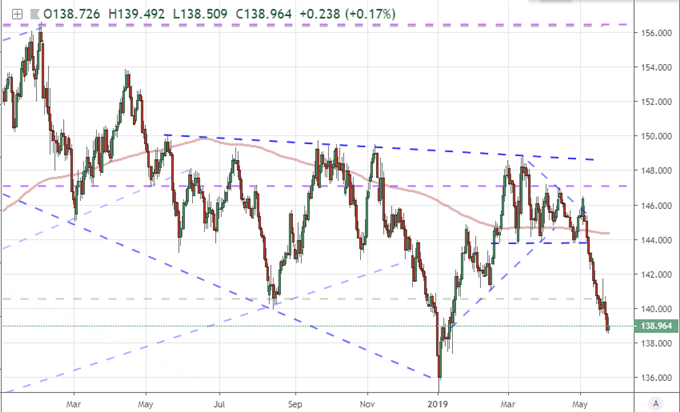 There are some other interesting crosses to be found across the likes of GBPCHF and GBPNZD, but one of the more interesting ‘alternatives’ to consider is GBPCAD. Ultimately, USDCAD has marked little progress as of late; so this pair should exhibit a close relationship to the Cable. However, the Loonie itself is proving an anchoring currency which could help to exploit more of the Pound’s own decisions. That is beneficial if we were to see a ‘reversion’ move to develop after the previous three weeks’ tumble. Add to that some technical milestones to work within a rising channel support now around 1.6900, and we have a more complete picture between technicals and ‘market conditions’. 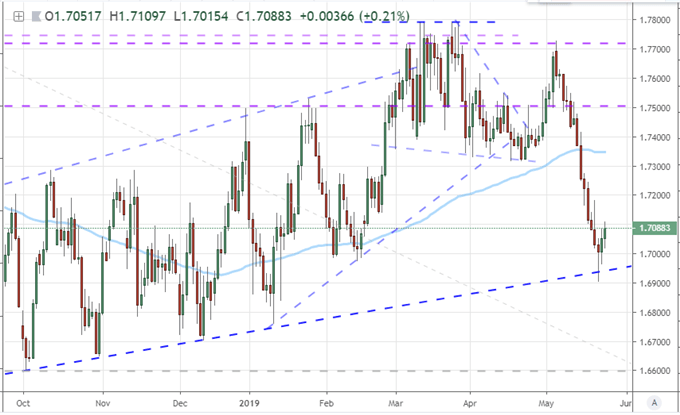 Finally, on the sentiment side of the equation, there is some unusual agreement between the medium-term large speculative futures view on the Pound and the short-term minded retail traders. The net spec positioning from the COT report is a reflection of slow acceptance to the sterling’s tumble this month and likely to find some risk rebalancing to prove the measure a lagging indicator. Alternatively, retail traders have built up a strong long GBPUSD view in an effort to fight the prevailing trend. Fighting overt trends is a losing statistical battle over time, but if there is reason to believe an atypical run is petering out, it could represent a point of kismet where unique speculative appetites happen to align to market circumstances. 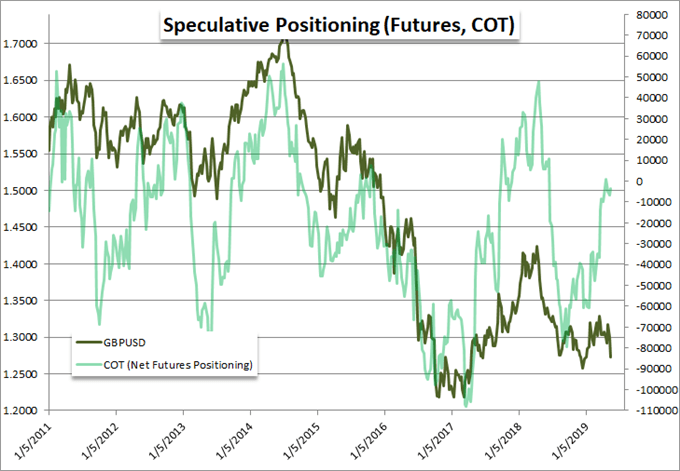 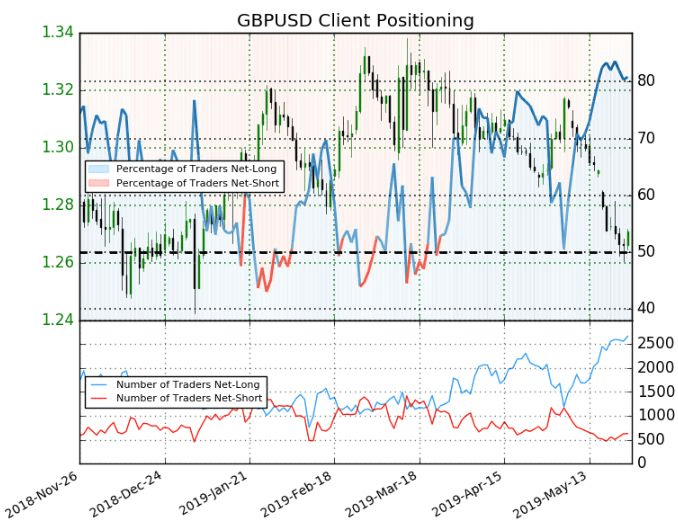 Coronavirus pandemic| Economists pitch for second round of stimulus

In One Chart: Major banks are hauling in ‘big fees’ from debt and equity underwriting during the coronavirus crisis