17:34 2018
Print This Article
👤by Currencies
Filed under
Currencies

See how retail traders are positioned in EUR/USD and how this could impact its outlook – IG Client Sentiment page.

The euro concluded the first week of the year effectively where it started, with see-saw price action dominating trade. The indecision comes as no surprise given where it is currently trading. Last year’s high arriving around the 2012 low led to a fairly lengthy correction.

EUR/USD will need to break above 12092 to further along its move higher. The channel dating back to mid-December keeps the near-term bullish trend structure intact. As long as the lower parallel holds, then it shouldn’t be long before a breakout develops.

Should the lower parallel of the channel break, there is price support from the November high at 11961. Given it would require a break of the bullish channel to reach that point, a hold there will be important before we could see selling accelerate down to the April trend-line under 11900.

To find resistance following a breakout we need to go back to a minor swing-low carved out during the 2014 decline. clocking in at 12247. It may give pause to upward momentum, but it’s not viewed as a significant level of resistance. The next major level (or line this this case) is the 2008 trend-line, running in the 12500s. 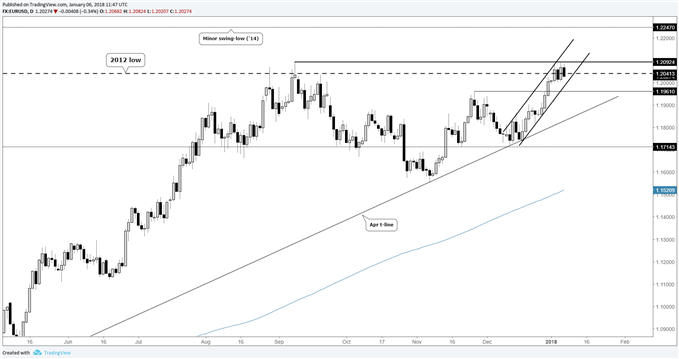 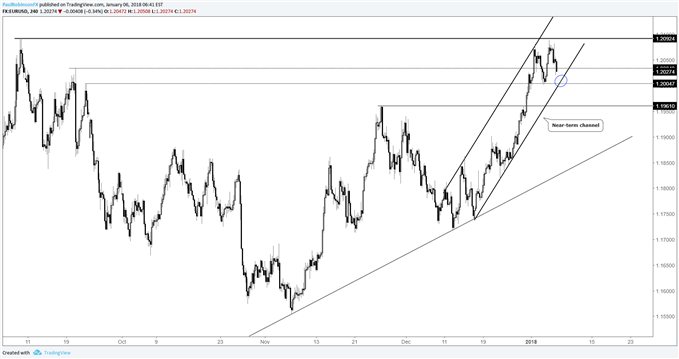 Most Nifty companies hit 52-week low in March amid COVID-19 fall; should you buy?