– Will Fed Officials Trim the Longer-Run Forecast for the Benchmark Interest Rate? 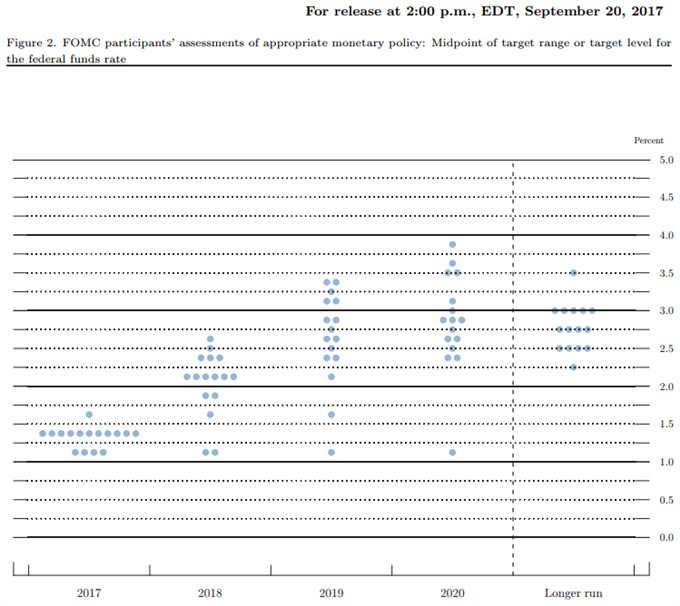 The FOMC may opt for a dovish rate-hike as ‘many participants observed that there was some likelihood that inflation might remain below 2 percent for longer than they currently expected,’ and the central bank may largely endorse a wait-and-see approach for 2018 as ‘several participants expressed concern that the persistently weak inflation data could lead to a decline in longer-term inflation expectations or may have done so already.’

In turn, a downward revision in the longer-run forecast for the benchmark interest rate is likely to produce a bearish reaction in the greenback as the Fed runs the risk of completing its hiking-cycle ahead of schedule, and the dollar may exhibit a more bearish behavior ahead of the upcoming rotation within the FOMC as the central bank struggles to achieve the 2% target for price growth. Interested in watching the market reaction? Sign up and join DailyFX Chief Currency Strategist John Kicklighter LIVE to cover the FOMC interest rate decision.

As expected, the Federal Open Market Committee (FOMC) kept the benchmark interest rate on hold in November, with Chair Janet Yellen and Co. reiterating that ‘the Committee expects that economic conditions will evolve in a manner that will warrant gradual increases in the federal funds rate.’ It seems as though the central bank is on course to deliver a December rate-hike as the U.S. economy approaches full-employment, but a growing number of Fed officials may forecast a more shallow path for the interest rate as the FOMC struggles to achieve the 2% target for inflation.

More of the same from the Fed sparked a limited market reaction, with EUR/USD largely holding steady throughout the North American trade to end the day at 1.1618. Don’t have a plan for trading theFOMC rate decision? Download and reviewing the FREE DailyFX Advanced Guide for Trading the News to learn our 8 step strategy. 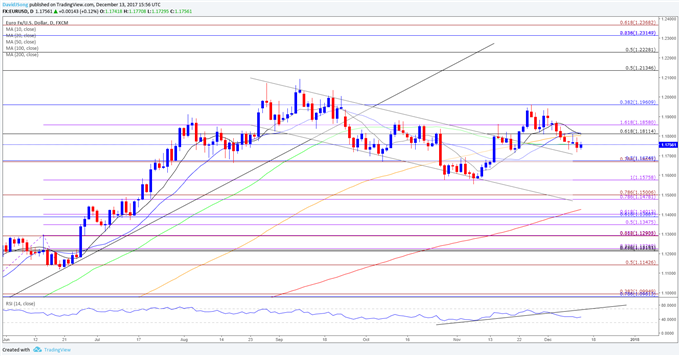 #39;Time to think outside the box, this is a unique year#39;: Newly-appointed CII President Uday Kotak